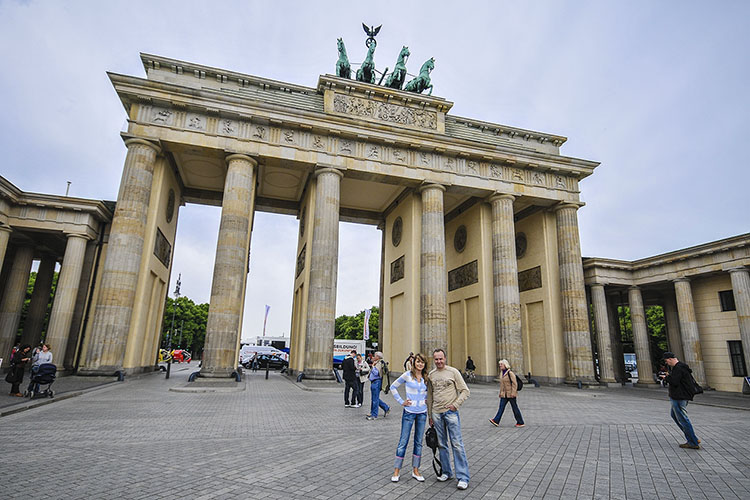 A couple hour drive from Szczecin takes us to Germany’s cool capital – Berlin.

We started our day at Brandenburg Gate. Unfortunately the gate was inaccessible for many years due to the Berlin Wall, but once it fell, the gate became the site of the many freedom festivities that occurred in Berlin. Thus, the gate is not only Berlin’s former city gate, but now serves as a sign of peace.

Speaking of the Berlin Wall, not much of this remains. I’m not sure why I still expected to see it, since the wall was taken down almost twenty years ago.  However, there are a few segments of the wall that remain in Potsdamer Platz for visitors, as well as a remaining cobblestone trail and some memorials along the 160 km border that surrounded West Berlin. 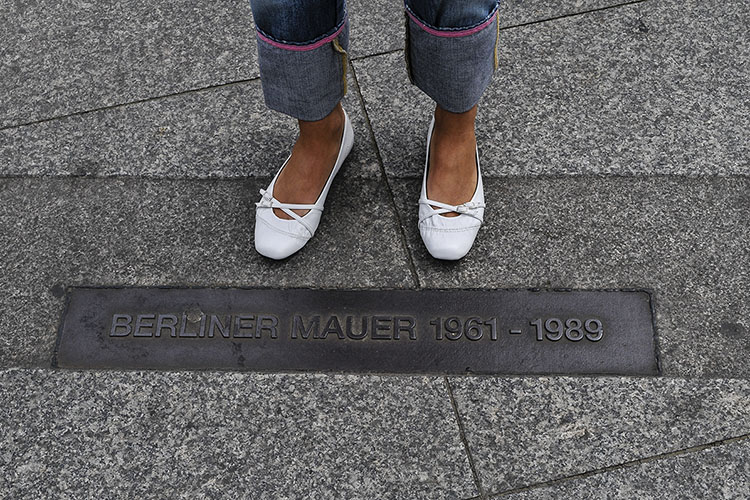 The Wall itself was more than just a wall, but actually a corridor between two walls constructed by East Germany during the Cold War to separate them from the West. This area became known as “death corridor” because over the years watch towers were erected, guard dogs were stationed, and a line of sentry was positioned.  The wall finally fell in 1989 after standing for almost 30 years, signifying the reunification of Berlin. 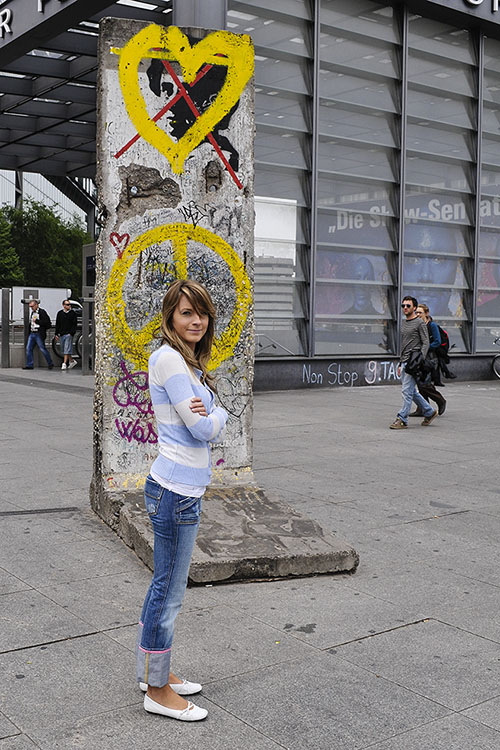 Not far from the gate is the “Memorial to the Murdered Jews of Europe”. This is an almost 5-acre area covered with over 2000 concrete slabs built into a sloping field. The memorial is supposed to produce an uneasy, confusing ambience and I think it does that well. It leaves you with an almost eerie feeling when walking among the darkest and deepest portions of the monument, but also leaves you with an appreciation for the interesting work of art and its meaning. 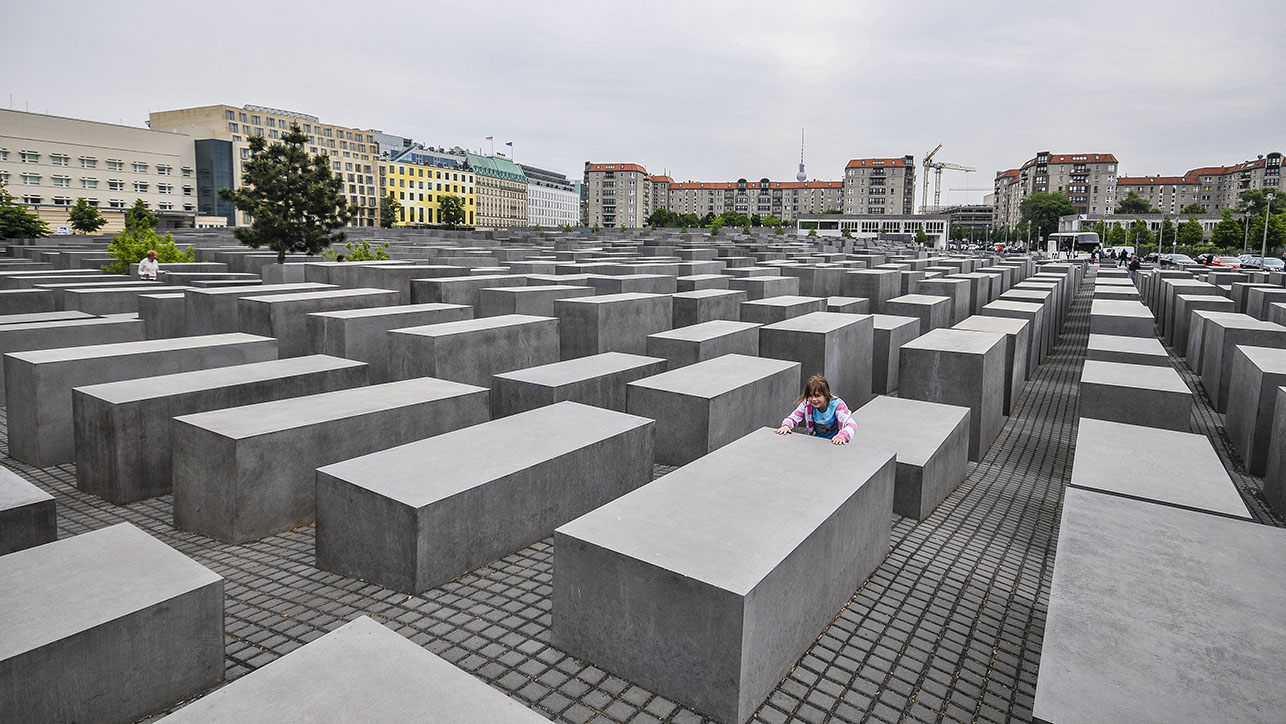 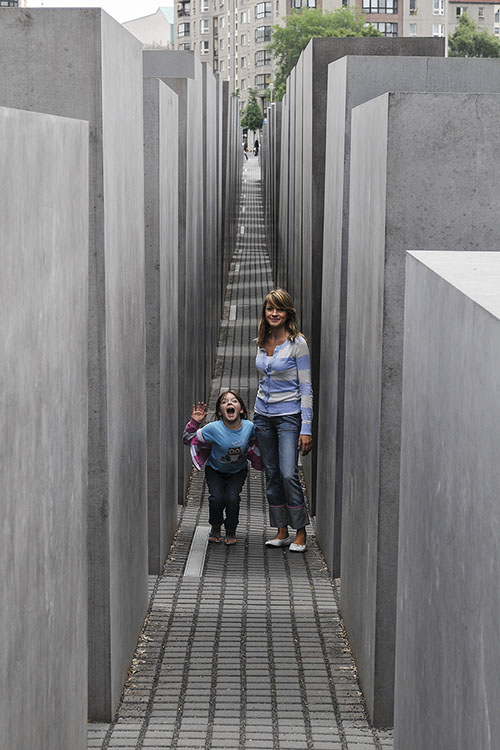 Nearby is the site of German parliament: the former Reichstag (now Bundestag). Much of it had to be rebuilt after the war, and its now been fancied up with a glass dome on top. 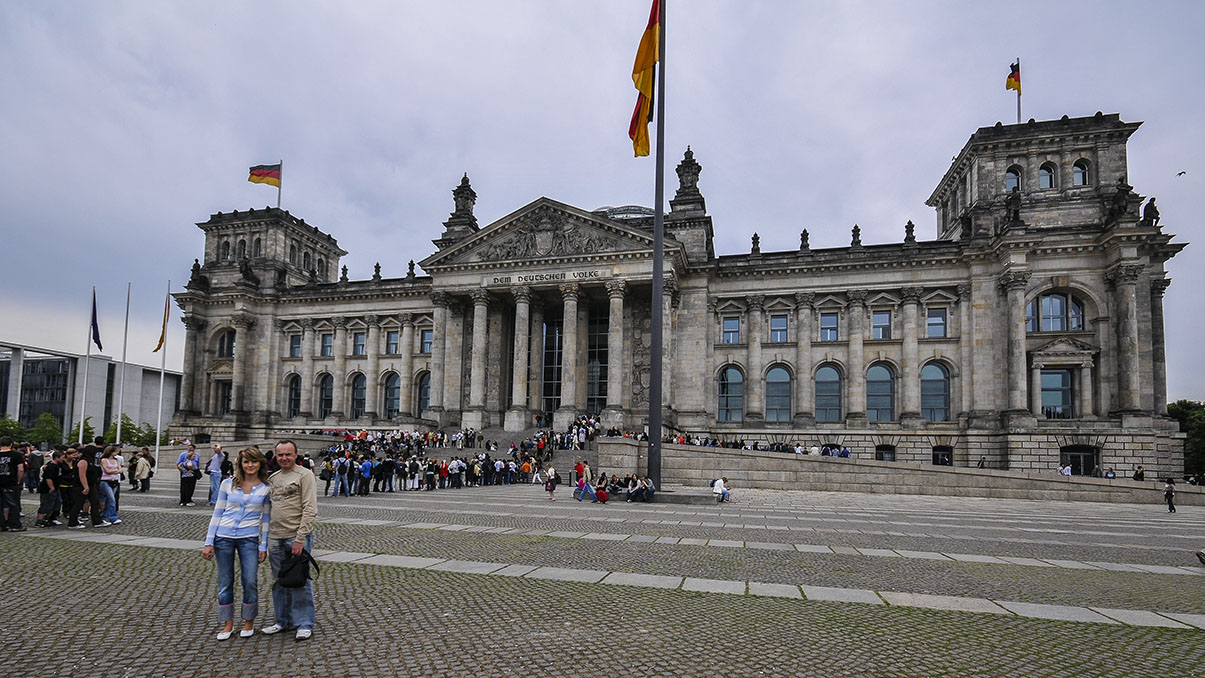 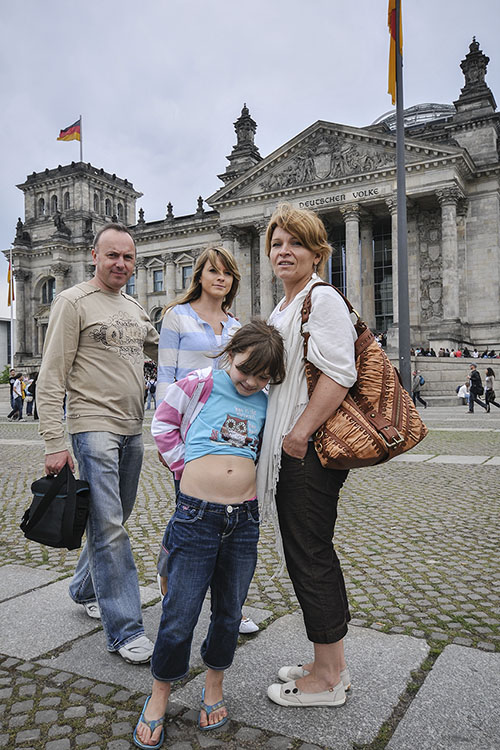 In case you haven’t noticed, there is so much history to appreciate in Berlin. Checkpoint Charlie is another site: the crossing point between East and West Berlin during the Cold War, and the site of the famous standoff between US and Soviet tanks. We spent some time here, and visited the Checkpoint Charlie Museum which was a site we’d definitely recommend. 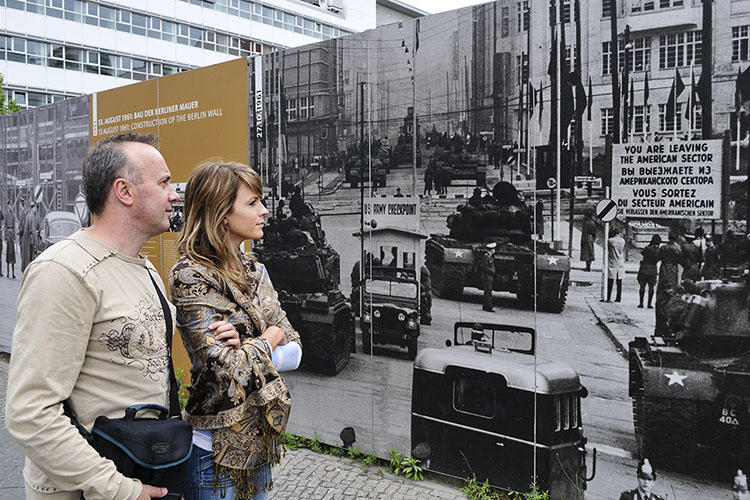 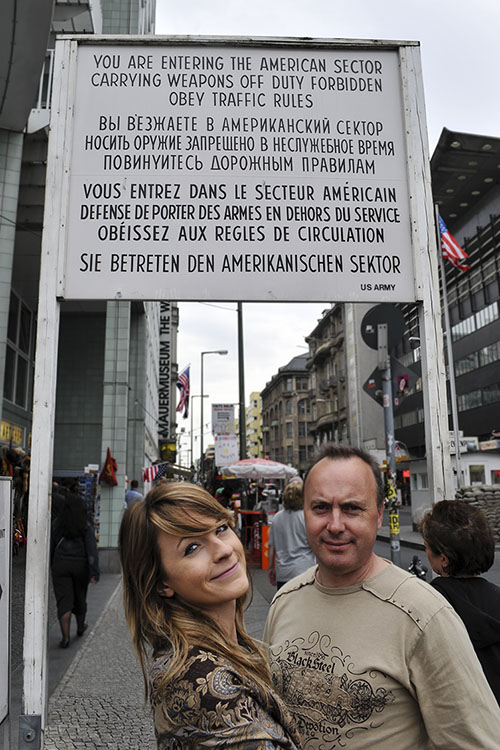 Berlin has a very easy hop-on hop-off double decker bus that lets you easily see all of the city’s sights. We took this a short ride away to the Victory Column, a monument commemorating Prussia’s victory over France back in the 1800s. We climbed up the 200+ steps to get some gorgeous views of the nearby park and of the city of Berlin. 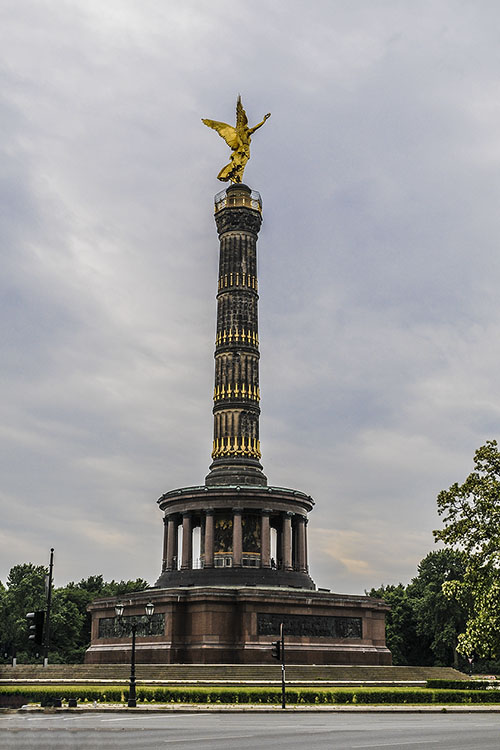 The Sony Center is located in Potsdamer Platz, an area that for a while was a no man’s land, but has since been revitalized. There are now shops, restaurants, a cinema, offices, condos, and museums in this center.

Now it’s time to head back to Hof, and home in just a few more days!