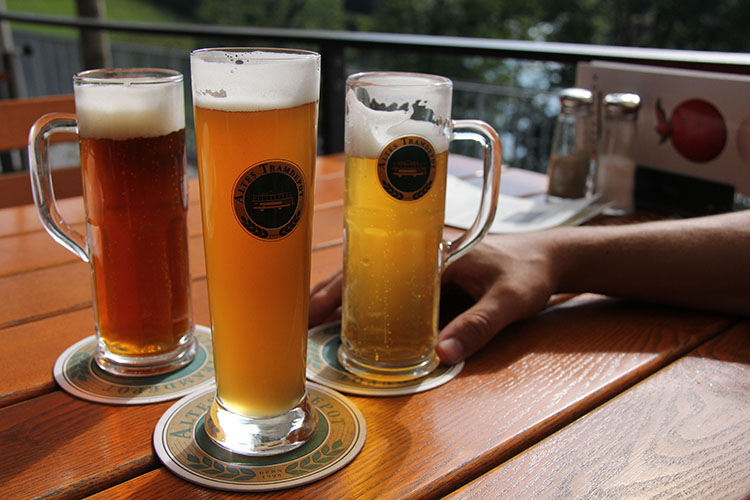 You know when sometimes you just get a great feeling about a city after being in it for only a few minutes? This is what happened to us upon our arrival in Bern. 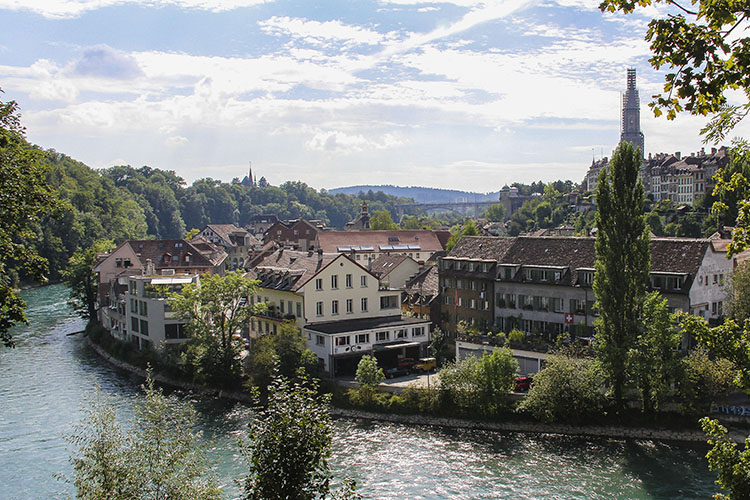 Despite being Switzerland’s capital, Bern has a very cozy and easy going vibe. It is lively without feeling hectic or overwhelming, and we’ve found that there is so much to see, do and enjoy. 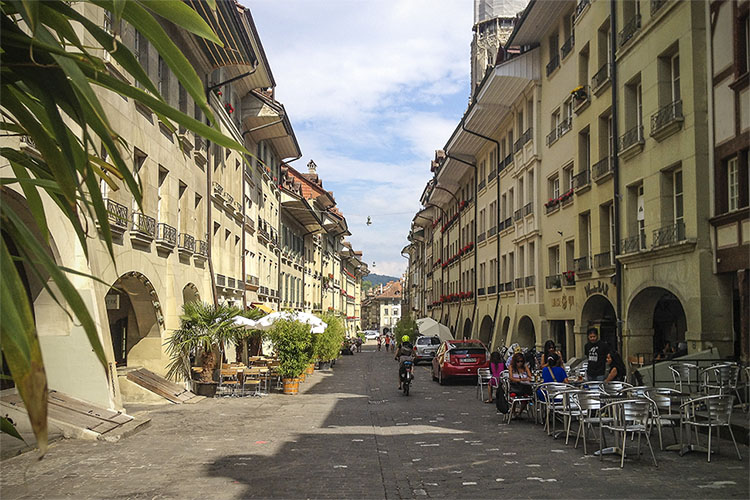 Part of the appeal are the city’s many interesting features. Please enjoy our Best of Bern travel guide…

The longest shopping street in Europe (6km) goes straight through old town and is filled with little cellar doors whose staircases take you down to underground shops, restaurants, bars, medical clinics, art galleries, etc. The streets are literally full of hundreds of these little stairways underground, and you never know what you’re going to get as you pull open one of these heavy doors! 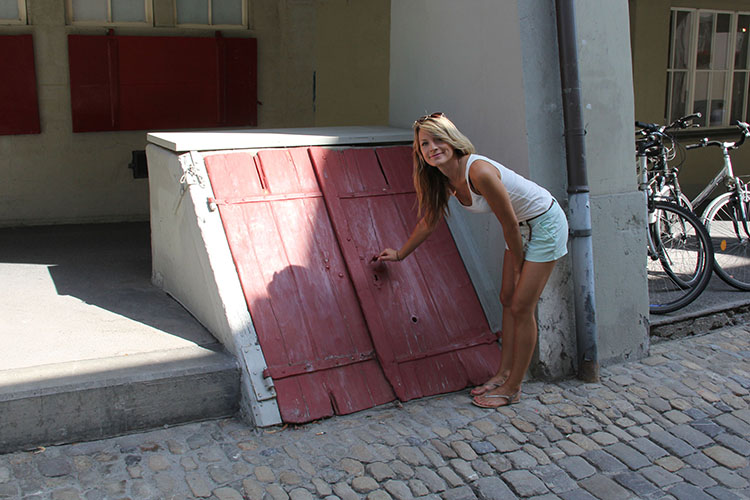 The best kind of cellar shop… note the alternate entryway via slide: 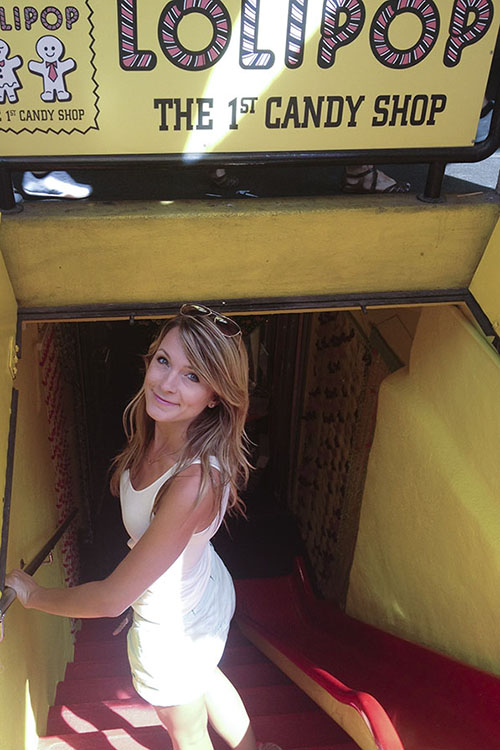 Bern = bear. Apparently this means you should have a big pit of bears (literally, a circular enclosure of bears) in the middle of the city! We grabbed some Swiss beers (by we, I mean Shane), ate a pretzel, and observed these bears hanging out. 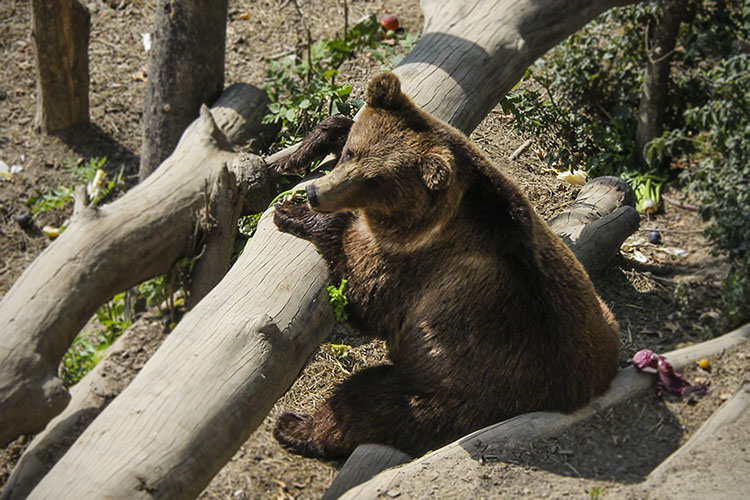 3. Floating Down the River

In the summer the locals love to jump into the Aare river that surrounds old town and float their way down. We heard about it, but only when we went down to the river did we see for ourselves how popular this is!

The locals jump off bridges or wade in from the river bank, and the river quickly fills with bobbing heads propelling their way down the stream. We couldn’t resist jumping in on this 30 degree day, and loved the thrill of being taken away with the current, feeling like we were flying with every stroke we took! The only worry here is making sure to catch one of the many exits before the river bends into a rapid-filled stream with a dam that equals nothing but danger. 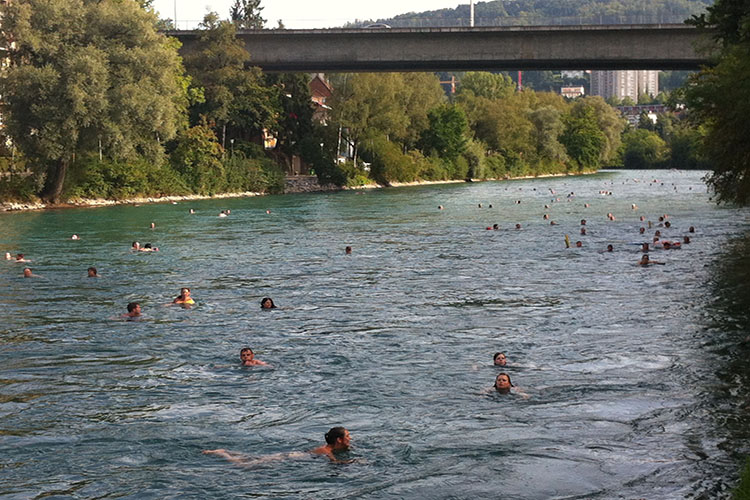 If we had been here a weekend later we could have watched The Dark Knight Rises or The Hunger Games, but instead we chose to be here for the oldster comedy, “The Best Exotic Marigold Hotel”! This was an awesome way to spend a warm summer night: a grassy area on a building rooftop, filled with lounge chairs and bean bags, all facing a huge screen on the building’s edge overlooking the city skyline. Free ice cream bars, gummy worms, and perfume (which Shane sampled, thinking it was a liquid treat) added to our enjoyment of the evening as we watched the sun set behind the big screen. 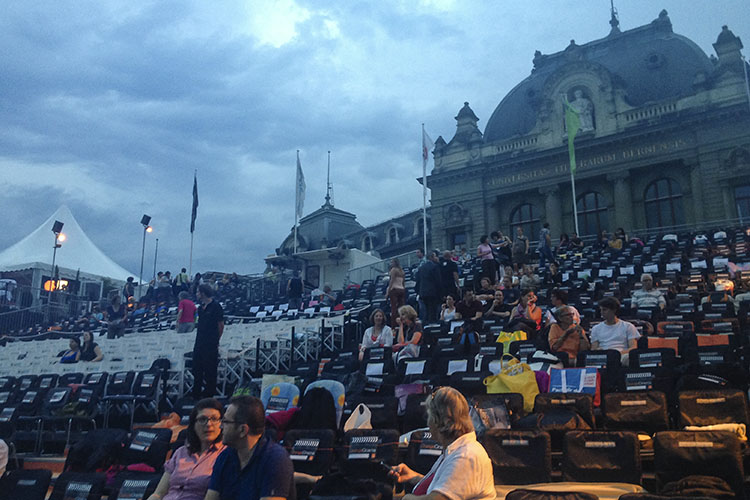 The old town is full of silly fountains. The one of an ogre eating babies is most notable: 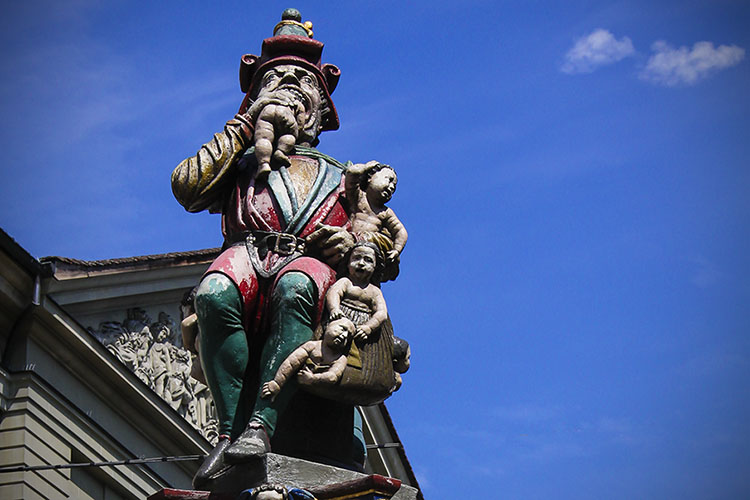 On top of all that excitement, it could have just been our set of circumstances, but we had a great hostel with a great view and ended up trying the best restaurants we’ve been to yet in Switzerland (this of course is a gross overstatement as we’ve been mainly eating buns & cheese). 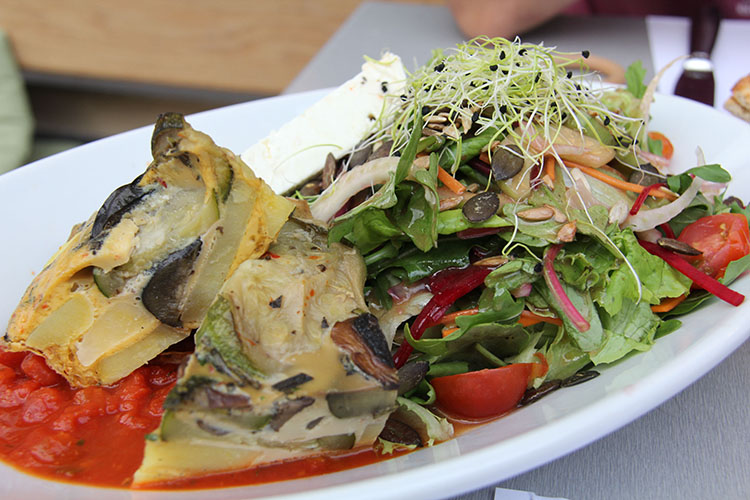 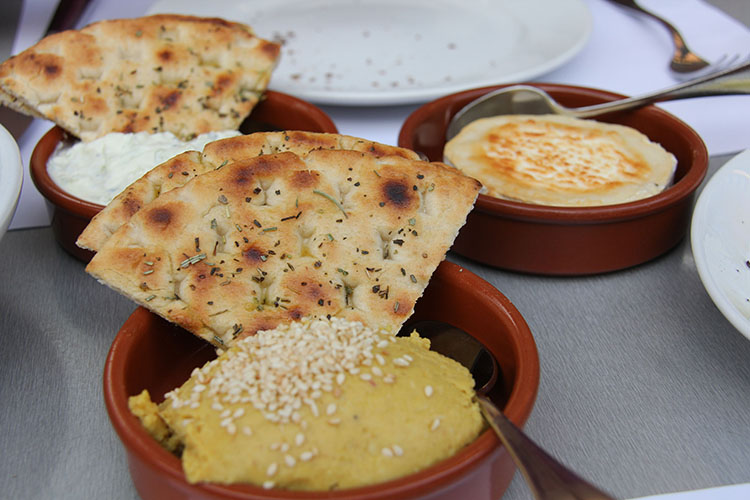 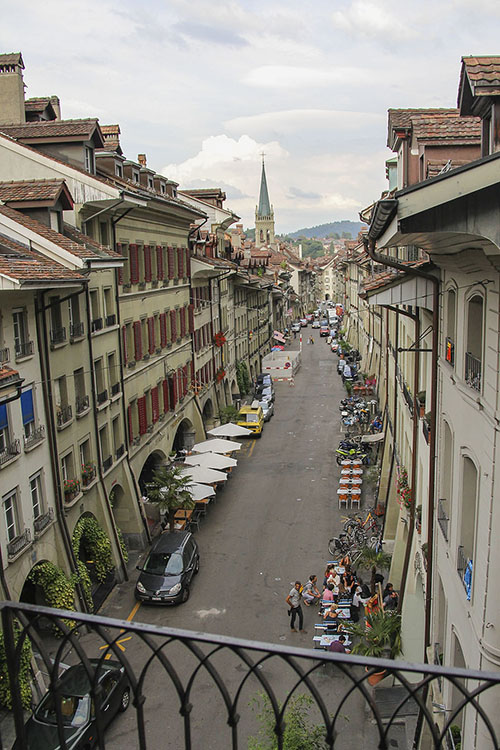 PS. Did you know that Switzerland was once called Confederation Helvetica (therefore its CH symbol) and was the origination of the Helvetica font? I know my design friends KPan and Andrew would want to know where their favorite font comes from, and we might as well make a shout out to it as the font of this blog.