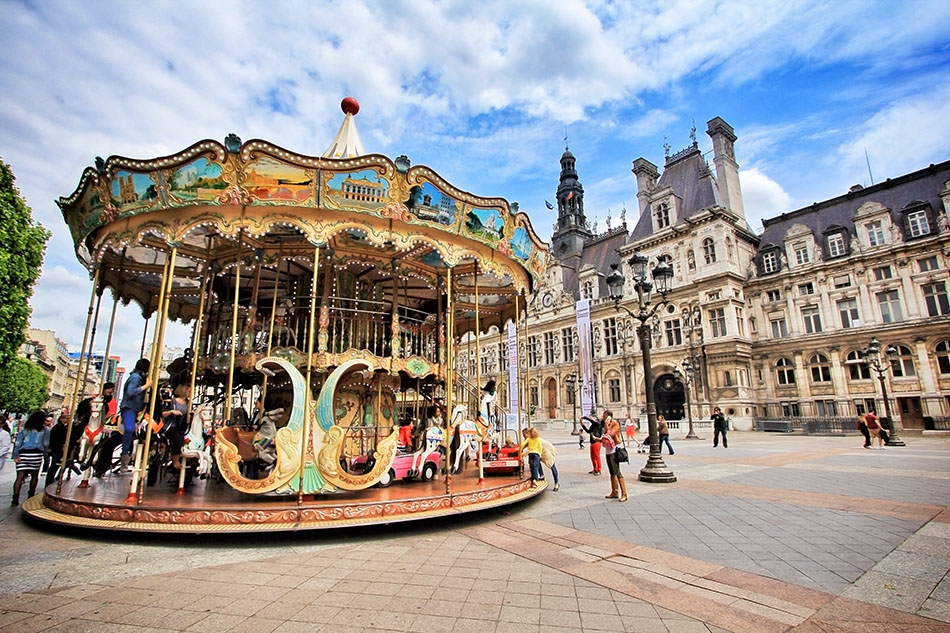 Our short London and Paris trip has come to an end, but it was a nice way to celebrate a graduation milestone.

As per my usual reflective self, here is a little summary of our favorites:

I really expected Paris would be a bit over romanticized, but I must say that I fell for it as well. It’s a charming place, and I found it hard not to enjoy the cafe lifestyle, the bakeries and flower shops, and endless streets full of character. 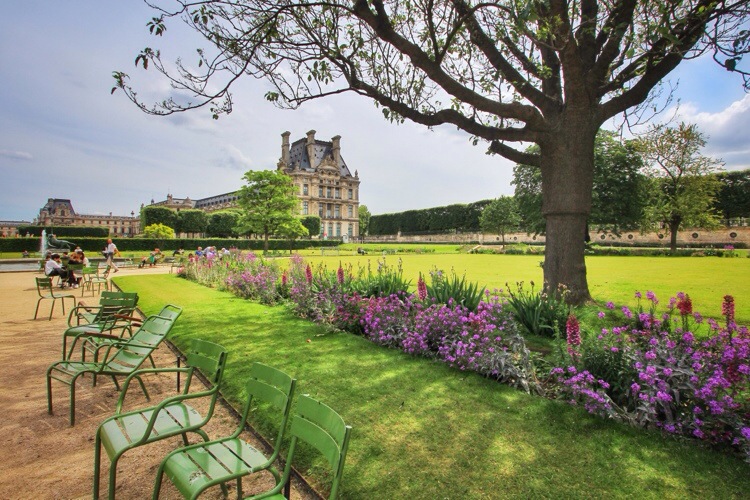 Back in the times of Napoleon, a law was made that all buildings in Paris had to be built at a certain height, width, and of a specific stone, which I think is part of what gives it such a distinctive feel. 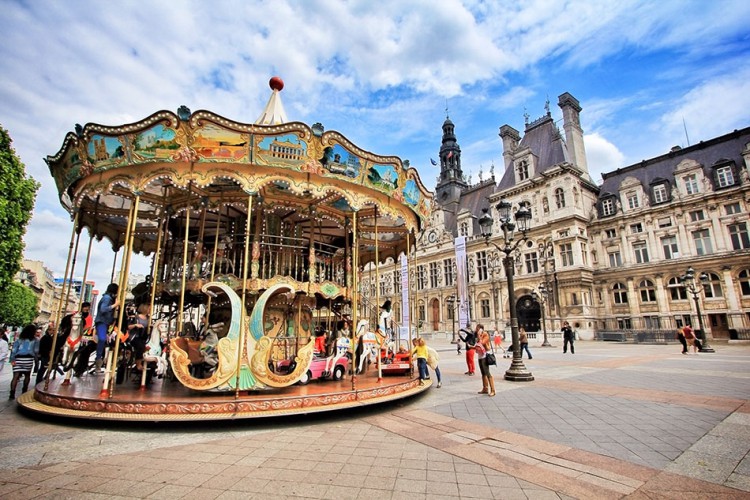 By the way, on our remaining few nights in Paris we stayed with a different service than our usual AirBnB. We booked for the first time with OneFineStay, which is like AirBnB or VRBO mixed with a hotel; meaning you stay in a host’s apartment but there are staff members who look after booking and check-in, and leave hotel toiletries and towels. 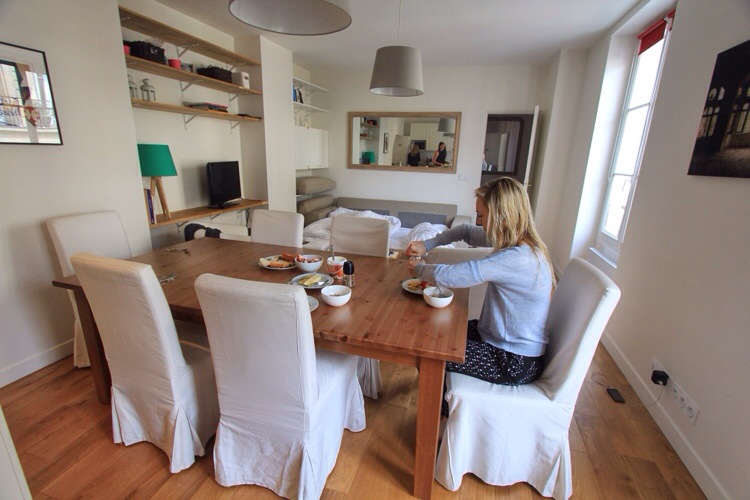 What made it the most unique, however, was that they provide you with an iPhone that allows free international texting as well as calling within the country. You can also use it to call their service agents for a taxi or other concierge services. The host also inputs their favorite places in the Maps section. And, they encourage you take it out and about with you during your travels so you have wifi and a map everywhere you go. We weren’t used to this so we kept forgetting it at home, but I thought it was an interesting new concept! 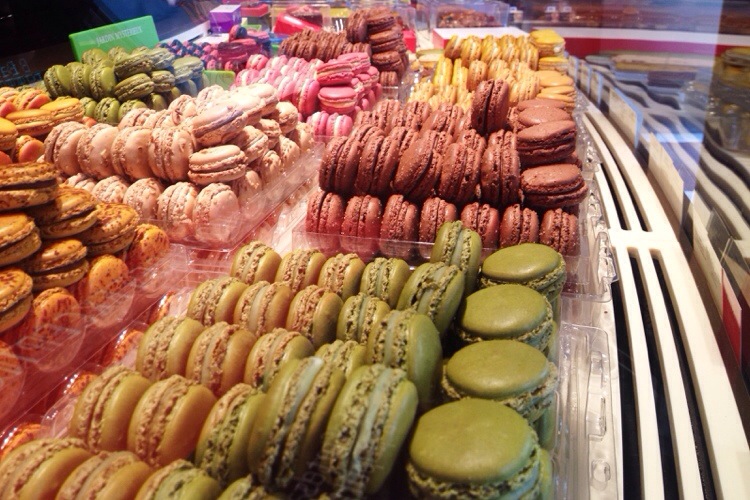 Our Favorites: Though the Ladurée shop was beautiful, our favorite macaroons came from Pierre Hermé. We enjoyed the museums of the Louvre and l’Orangerie. Our best times were people watching from a café or lovely garden.

Next time: I’d like to see some of the sites lit up at night, including the Eiffel Tower’s sparkling light show. I would also love to do a day trip to Versailles. 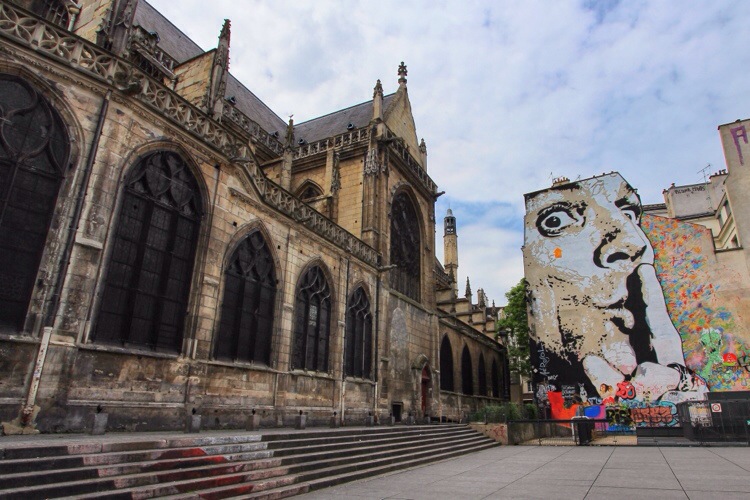 Moving from Paris to London suddenly made London feel much more North American in its style, people and architecture. The street side cafés turned into pubs, wine turned into beers and ciders, baguettes and croissants became fish and chips, and our hotel went from antique to ultra modern. What they kept in common was their significant focus on arts and culture.

We stayed in Greater London in the neighbourhood of Shoreditch. If you didn’t care to see some of the central London sights, you could live completely within this neighbourhood which is full of restaurants, shops, bars, street art and has quite the hipster crowd (beards and plaid galore). 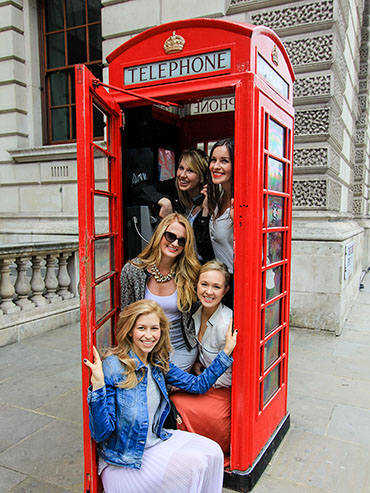 Our favorites: Afternoon tea (scones with clotted cream suddenly became a craving) and the food tour were our highlights. Duck & Waffle is a must!

Next time: I’d stay more in central London just for the ease of seeing sights (we usually had a 30 min tube ride) though our neighbourhood was a lot of fun. There were also some museums I’d visit next time that I didn’t get around to, including the Tate Modern and the British museum. The Tower of London was not my favorite. 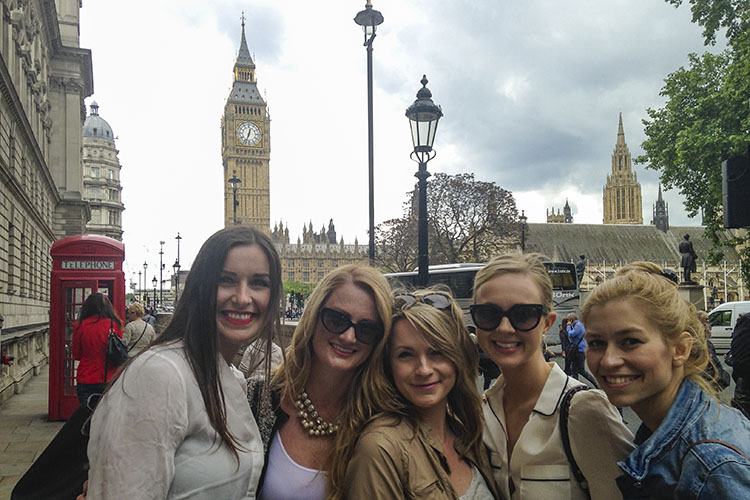 Well, time to say ‘see you soon’. Thanks for following along with us, and we’ll see you again in a couple weeks when Shane and I are off for Iceland!

PS. This is the first time I’ve used an iPad only for blogging on the go… it’s been a bit of an experiment, and hopefully worked out ok for you on the viewing side.