Monaco: Land of the Rich & Famous

Along the Mediterranean coast of France is a tiny country for the rich and famous: Monaco.

Monaco is the second smallest country in the world, trailing only behind Vatican city, but what it lacks in size it makes up for in wealth. One in three people in Monaco are millionaires (the highest in the world) and the country has the world’s most expensive real estate ($5,800 per square ft, meaning a standard 2,000 square ft house would be around $12 million).

We didn’t hesitate to visit this glitzy country, as we were only 10 minutes away by train from Nice. Plus, the 75th Monaco Grand Prix happened to be on the weekend we were there, so we figured we would make the most of this perfect timing:

The Monaco Grand Prix is one of the most prestigious races in the world, part of the Triple Crown of motor races. Though not really my thing, its easy (and fun) to get caught up in the excitement of it all when you’re there. The country was a flurry of activity, with hundreds of spectators on the ground and on yachts docked in the harbor to watch the show! 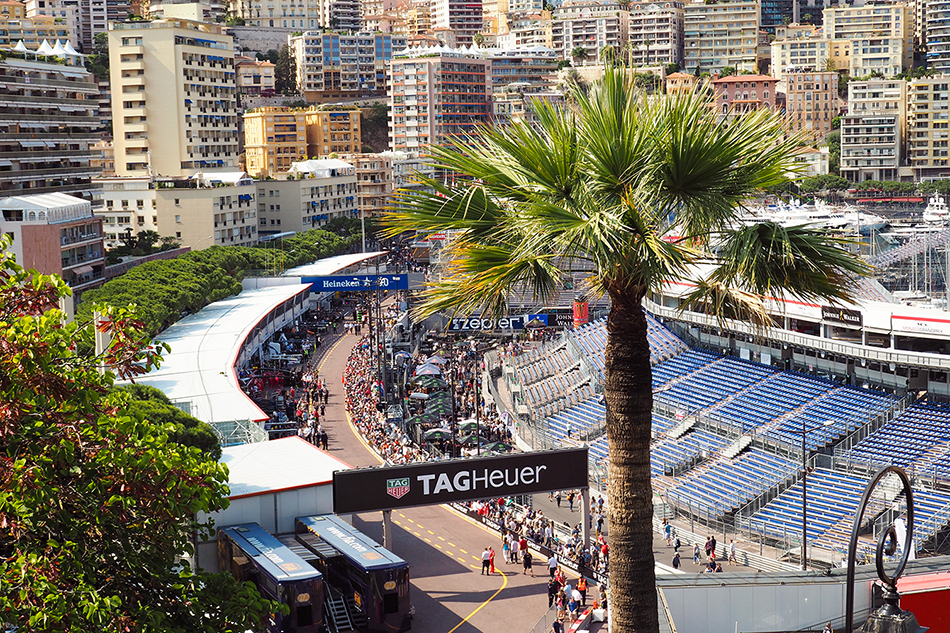 We attended the day of the preliminaries, and after the cars were off the course we were allowed to walk the track ourselves. The Monaco race track is said to be one of the most dangerous in the world, with tight turns, elevation changes, and a long tunnel that requires the drivers’ eyes to adjust to the dark. This is a feature unique to the Monaco Grand Prix, with no other race tracks having such a tunnel.

Apart from the excitement of the Grand Prix, we figured we could muster up the energy to walk the 56 minutes it takes to get across the whole country and see more of the sites. Our next stop was the famous Monte Carlo casino. 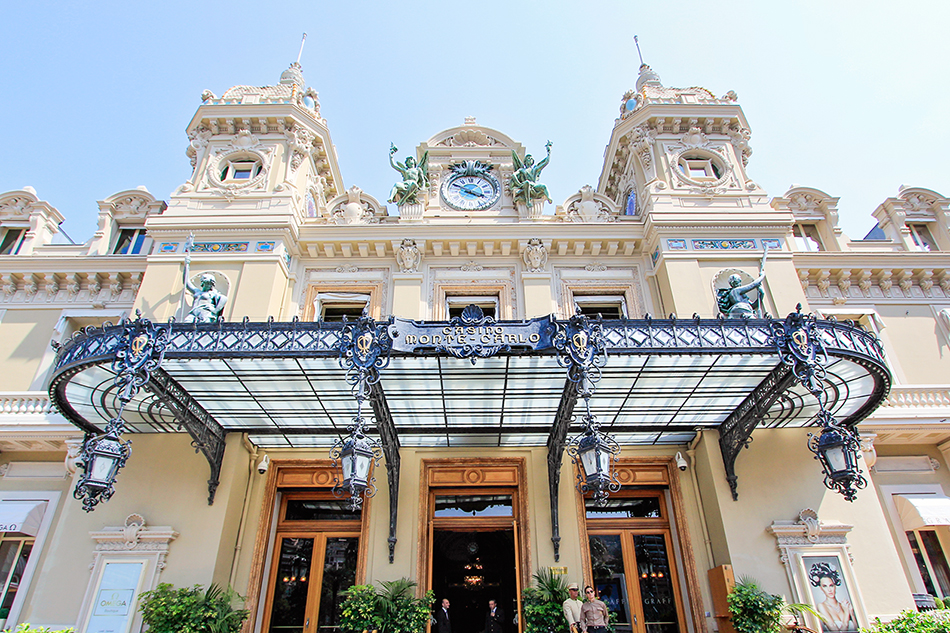 The Monte Carlo casino is famous, partly due to its appearances in several James Bond films. And you can see why when you enter, as the casino looks like it’s straight out of a movie with grand chandeliers, large paintings that look like they were stolen out of a museum, and several private salons that require formal attire and money for entry. 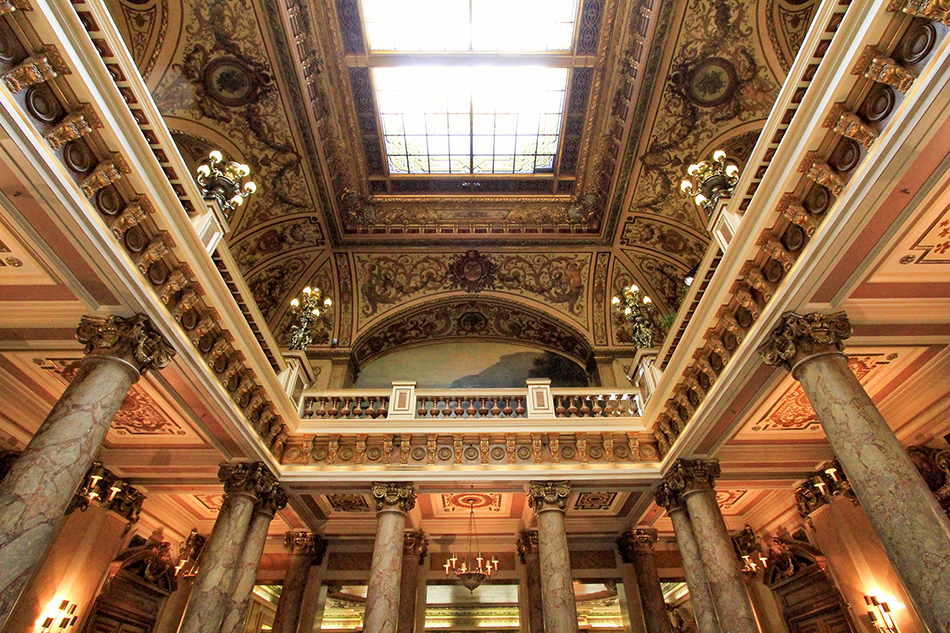 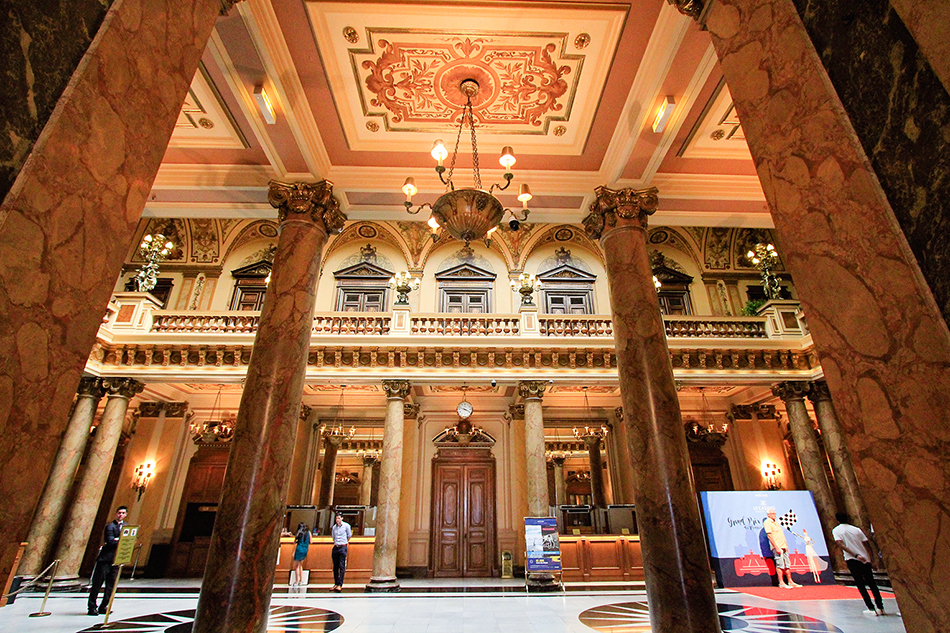 No pictures are allowed in the casino, so the few pictures you see here are from the main entryway, which is a slight glimpse into the opulence of the casino.

Apart from movie stardom, the opening of the Monte Carlo Casino was also what saved Monaco in a time of recession in the 1800s. The Casino began making so much money that it became the primary source of income for the royal family of Monaco. In fact, it made the country so wealthy that its citizens are no longer required to pay income tax. 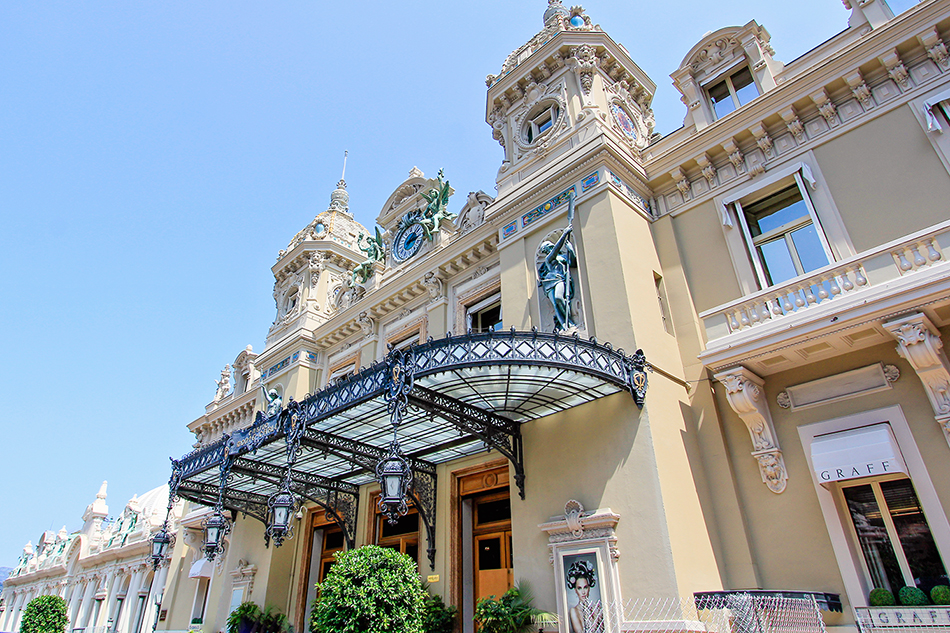 Did you know that a person from Monaco is called a “Monegasque”?

Outside of the casino we walked to the opposite side of the country where a castle-like building sits on a hill overlooking the city. This is the Prince’s Palace, home to the ruling monarch of Monaco. Monaco has been ruled by the Grimaldi family since 1297, making it one of the longest running royal families in Europe. 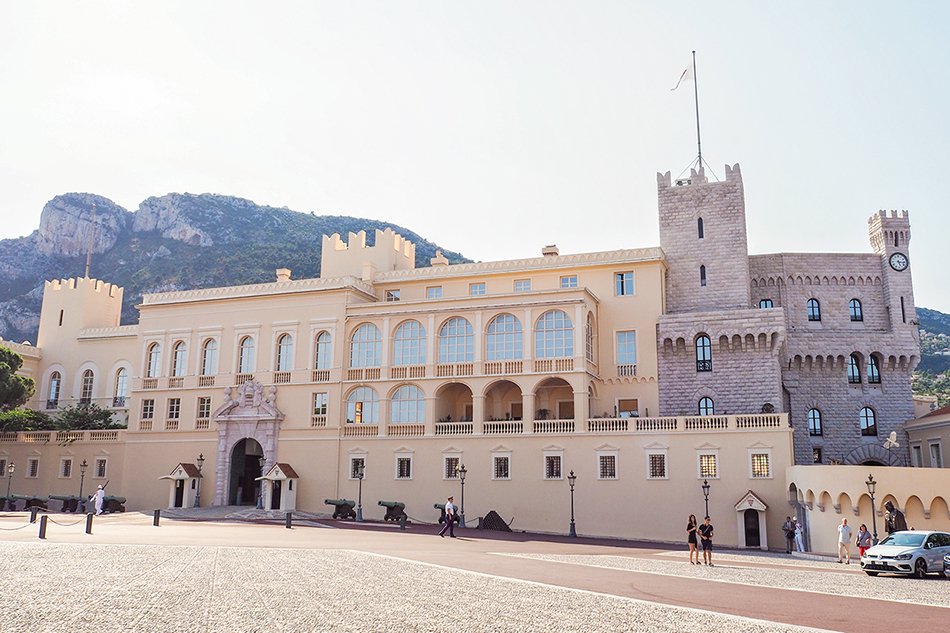 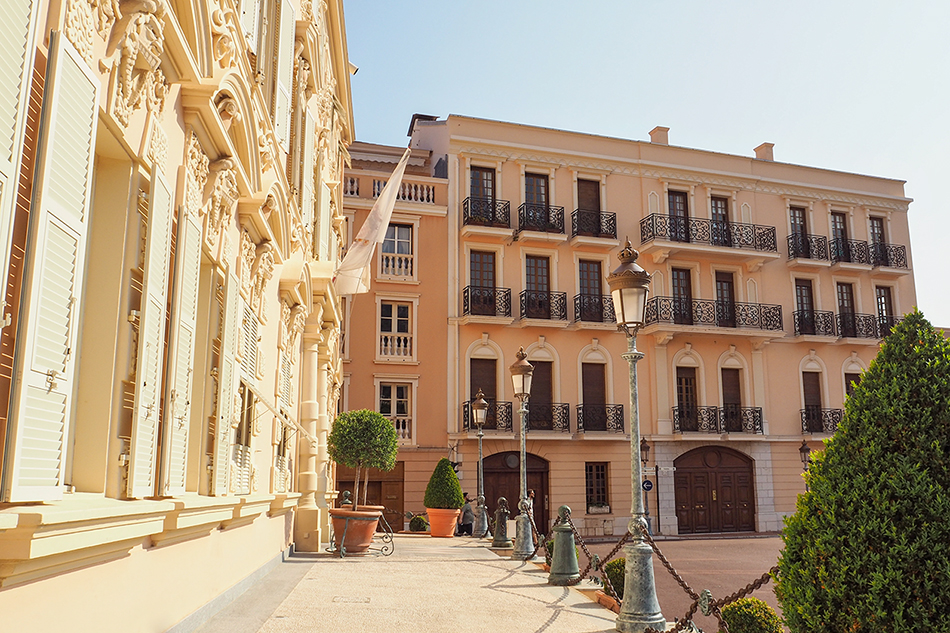 Given that Monaco is so small, the Grimaldi family never had the option to move residences during times of turmoil in the country. In most other countries, a royal family could relocate if endangered. The Grimaldi family never had this choice, and they would therefore slowly renovate this Palace (that has been standing since the 1100s). Thus, the Palace is now an interesting blend of architecture styles.

After that, we strolled the streets, admiring how clean and well taken care of everything is. In the end, we decided that it wouldn’t be so bad to be a Monegasque… 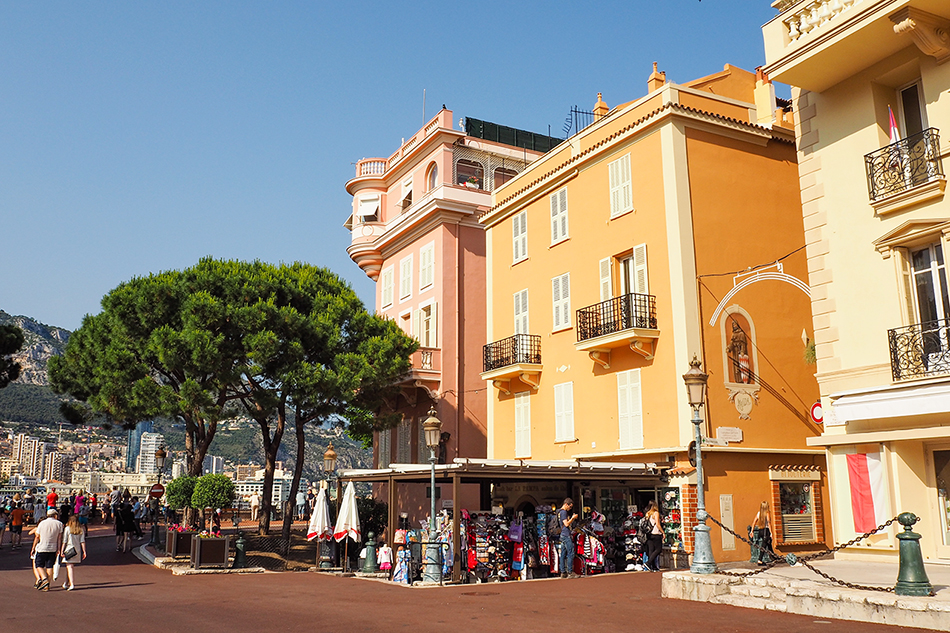 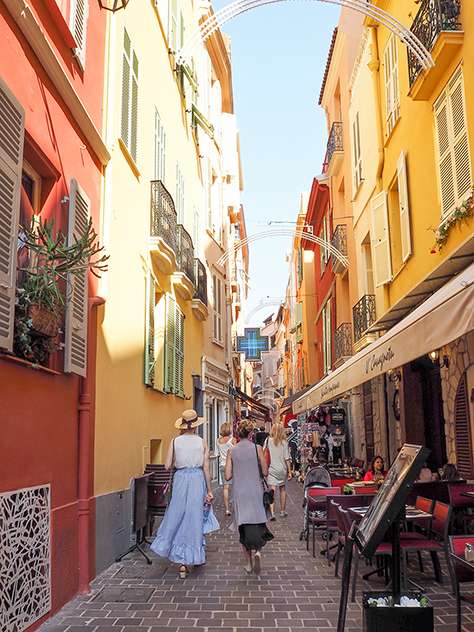 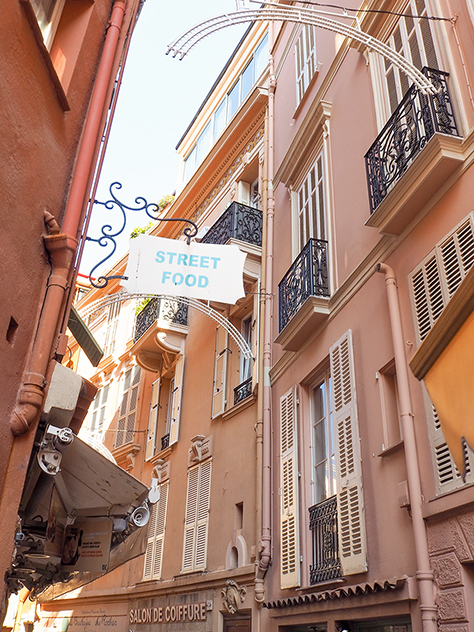 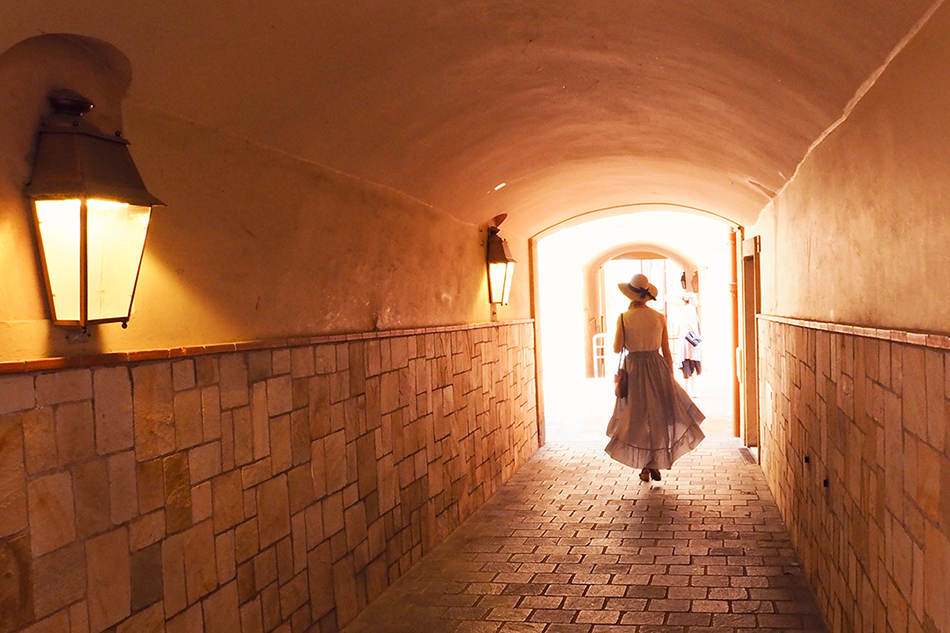