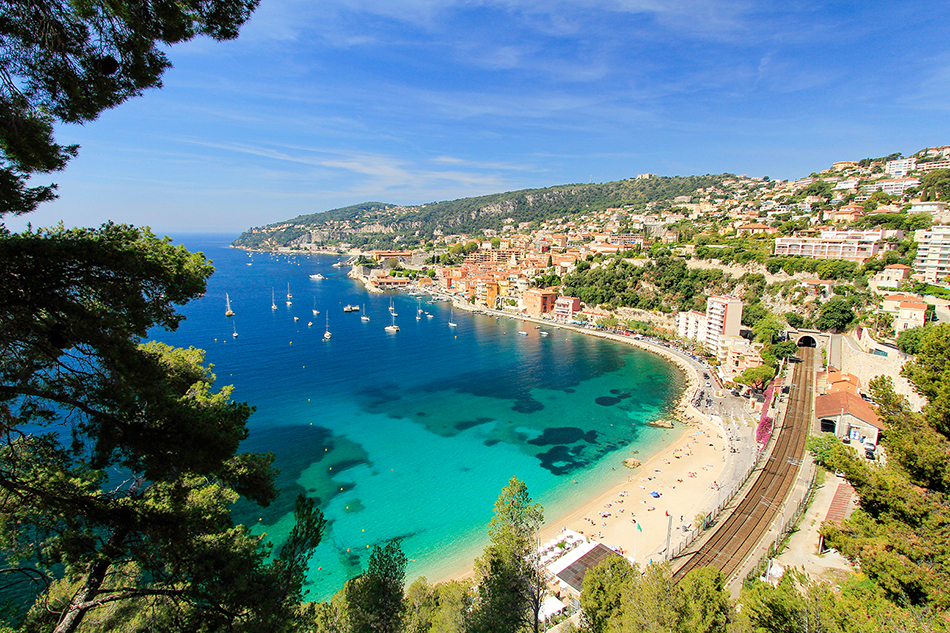 The cities and towns of the Cote d’Azur seem to blend together, with no clear distinction from one to another. This makes travel between places easy once you pick a home base. For us this base was Nice and we took advantage of the many towns, beaches, and cities easily accessible in 10-30 minutes. Here are our votes for the best quick daytrips from Nice:

St. Paul de Vence is worthy a quick 20 minute drive from Nice. As one of the oldest medieval towns in the French Riviera, this town has a photo-op around every corner. I think I took as many photos in this one town as I took for the entire rest of the day! 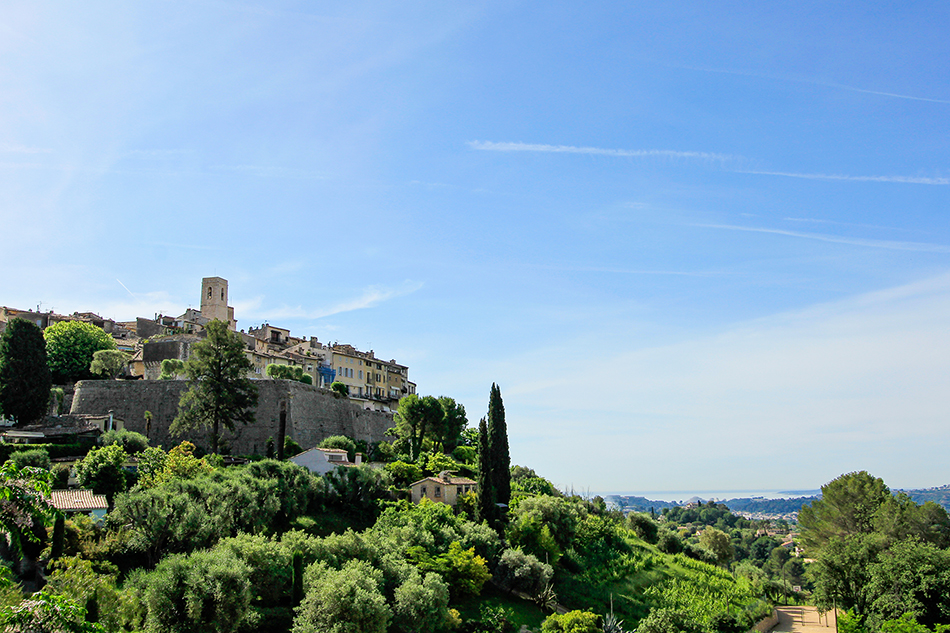 The town is a charming maze of narrow streets, with cute shops and cafés decorated in flowering vines and ivy at every turn. 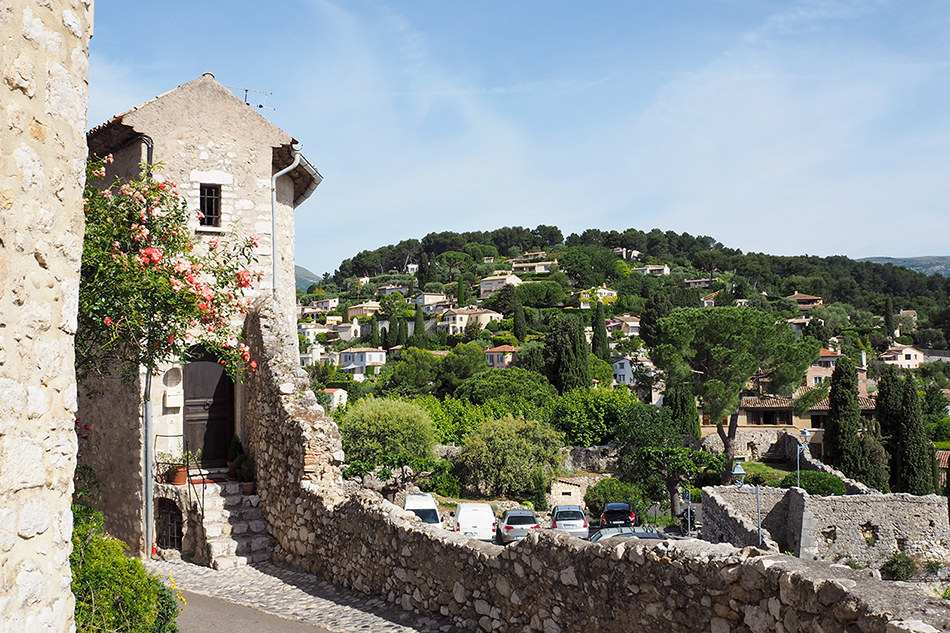 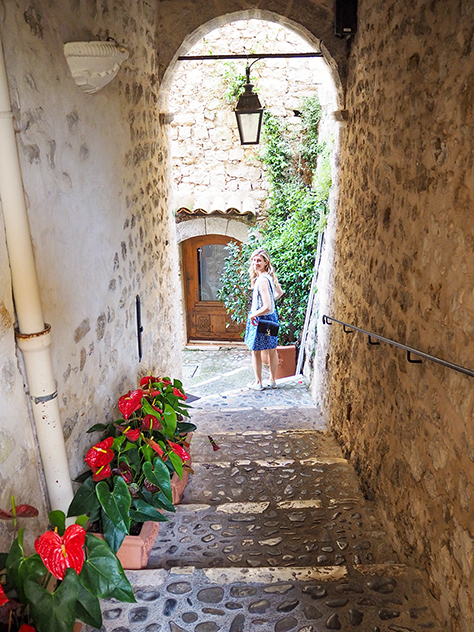 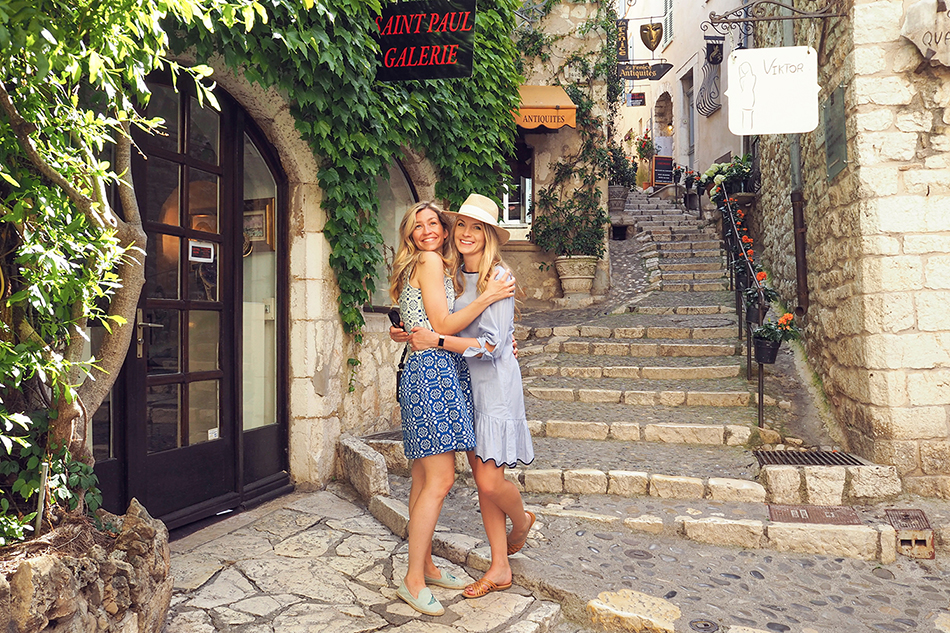 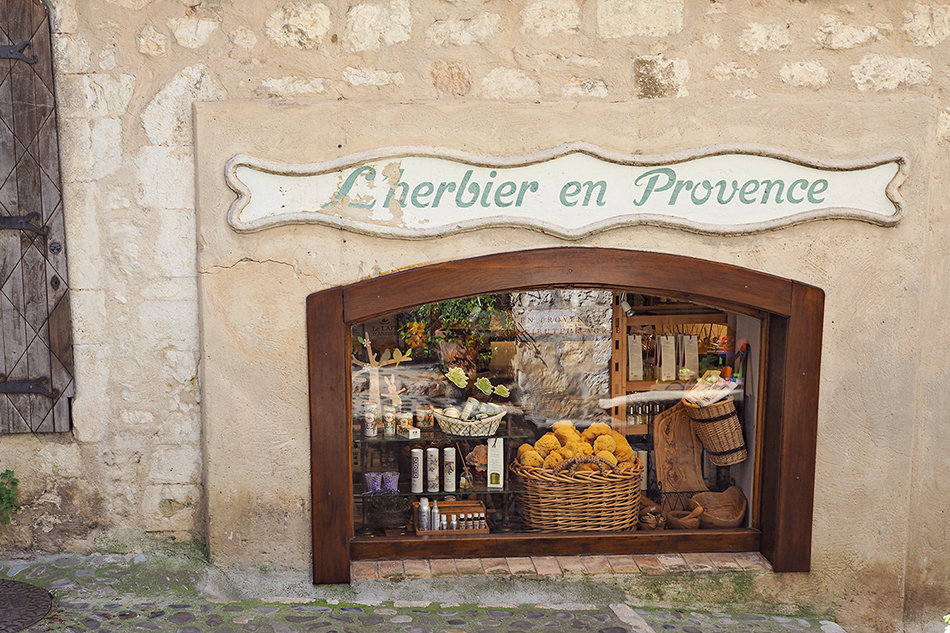 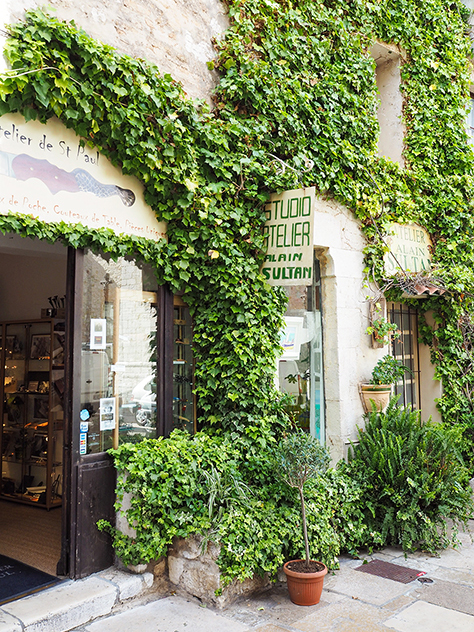 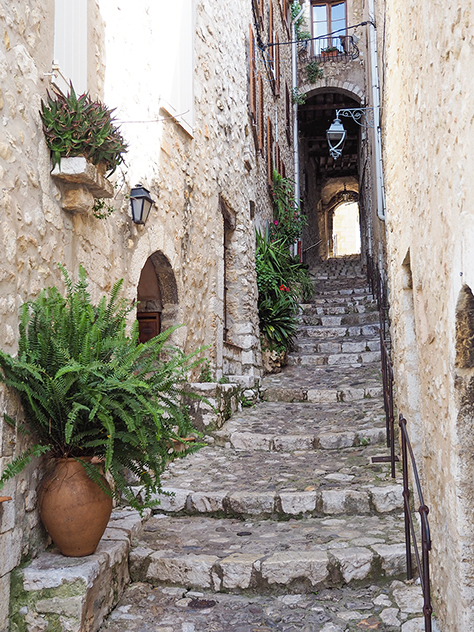 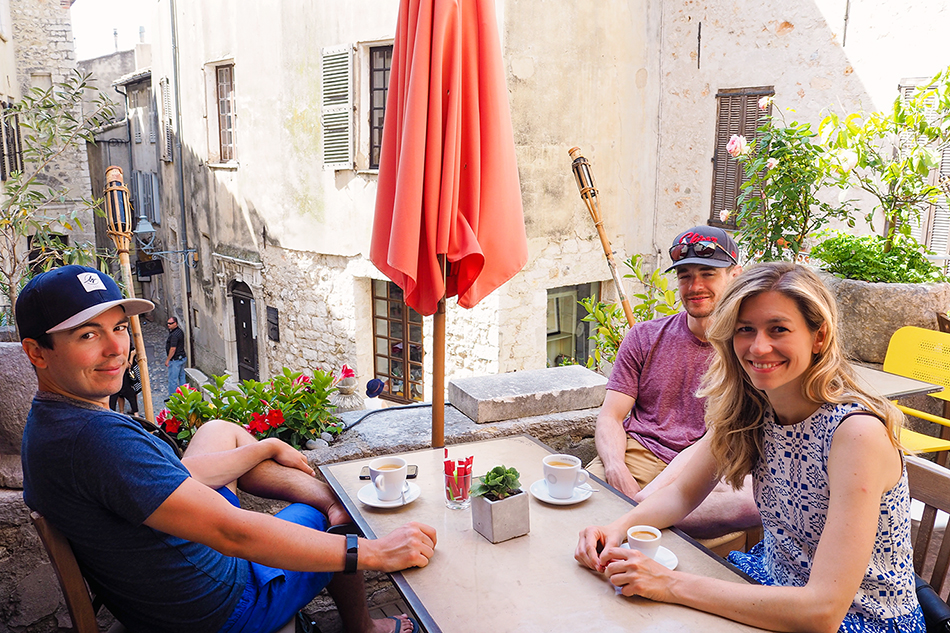 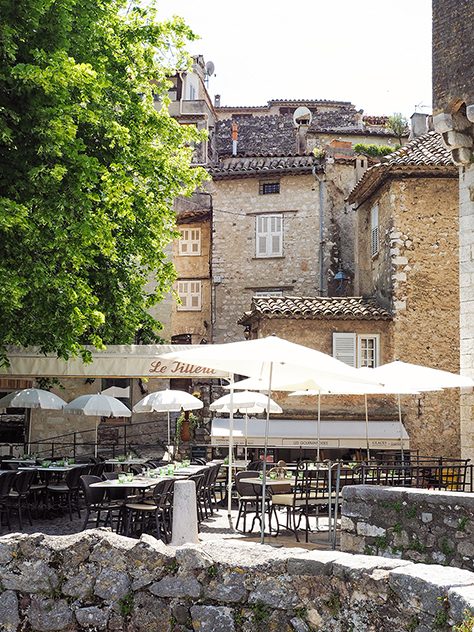 Given that its one of the “beaux villages” of France, this place can get tourist heavy. The earlier you get there the better! 1-3 hours is plenty of time to visit.

A short drive from St. Paul de Vence, winding up neverending switchback roads, you reach the high village of Gourdon. This town is nicknamed “The Eagle’s Nest,” given its 760 meter elevation into the sky. 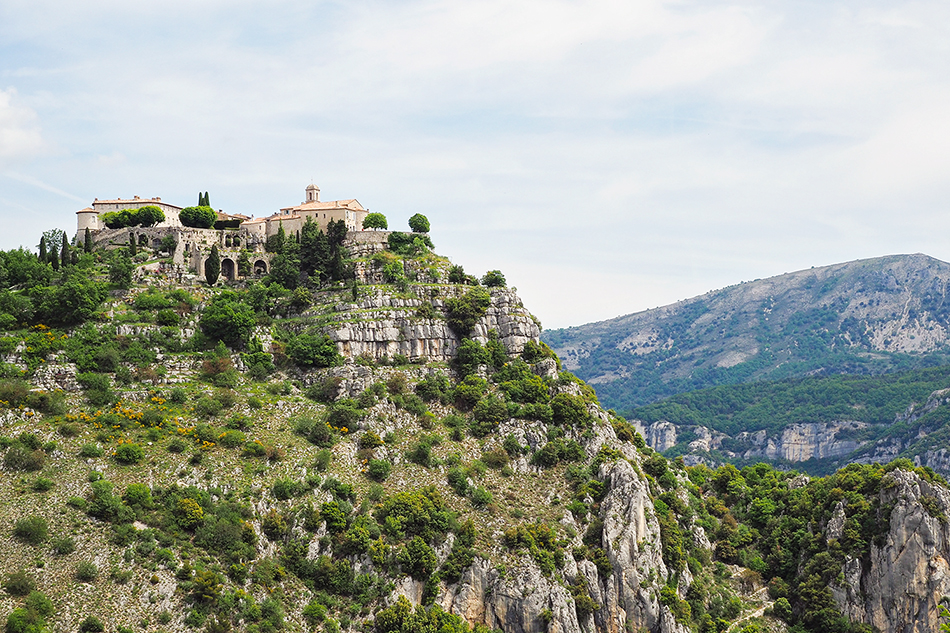 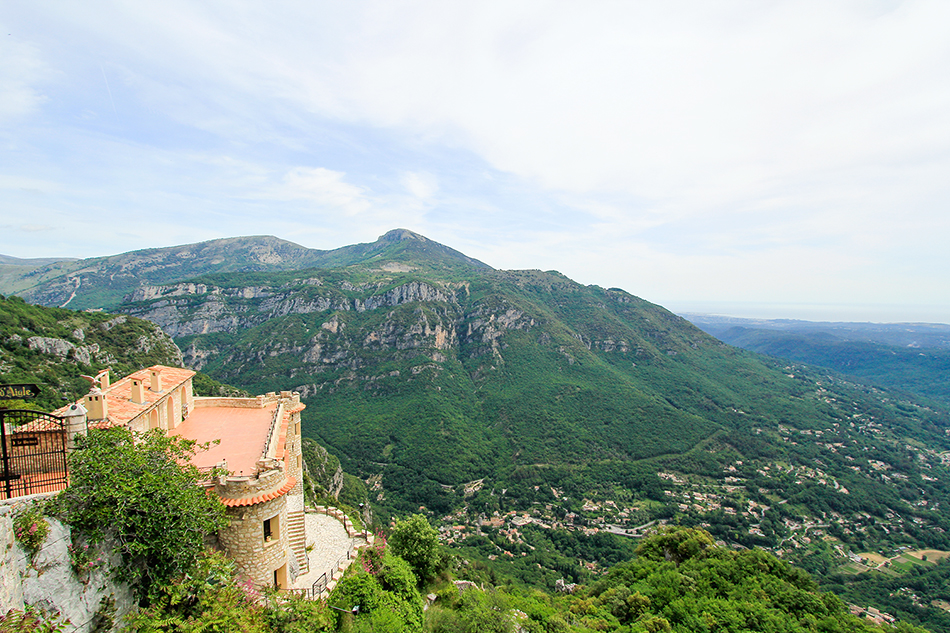 The panoramic views of the countryside and Mediterranean Sea in the distance are one of the best parts about visiting Gourdon. 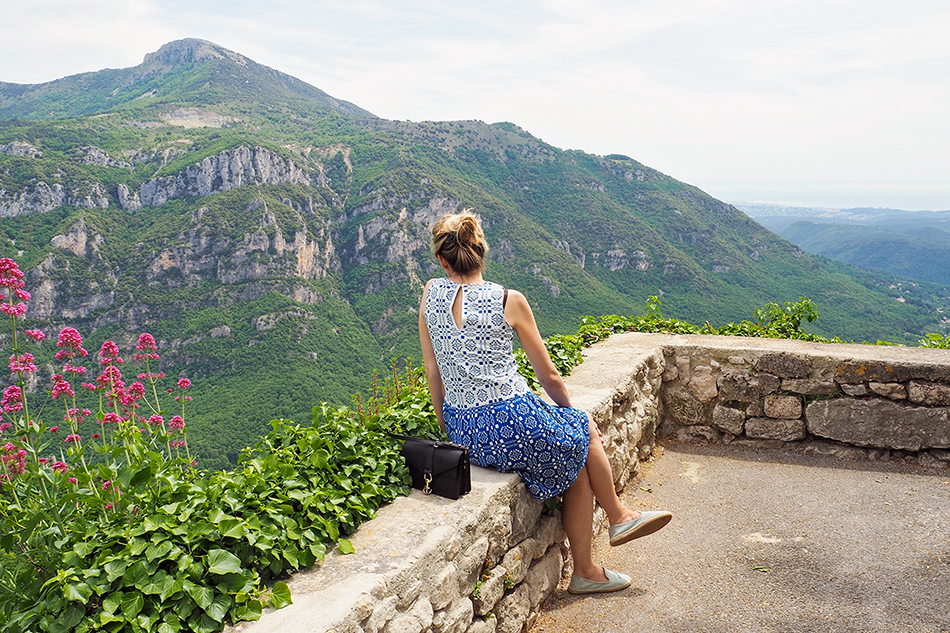 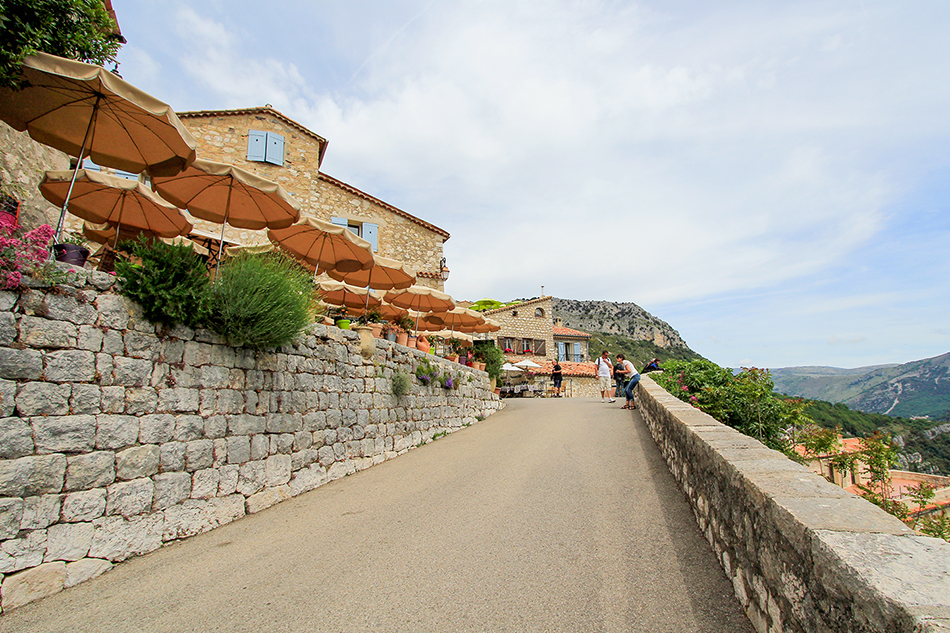 Despite its large impact, the village itself is tiny. We felt like we saw it all within 30 minutes, and instead filled our time eating gelato… 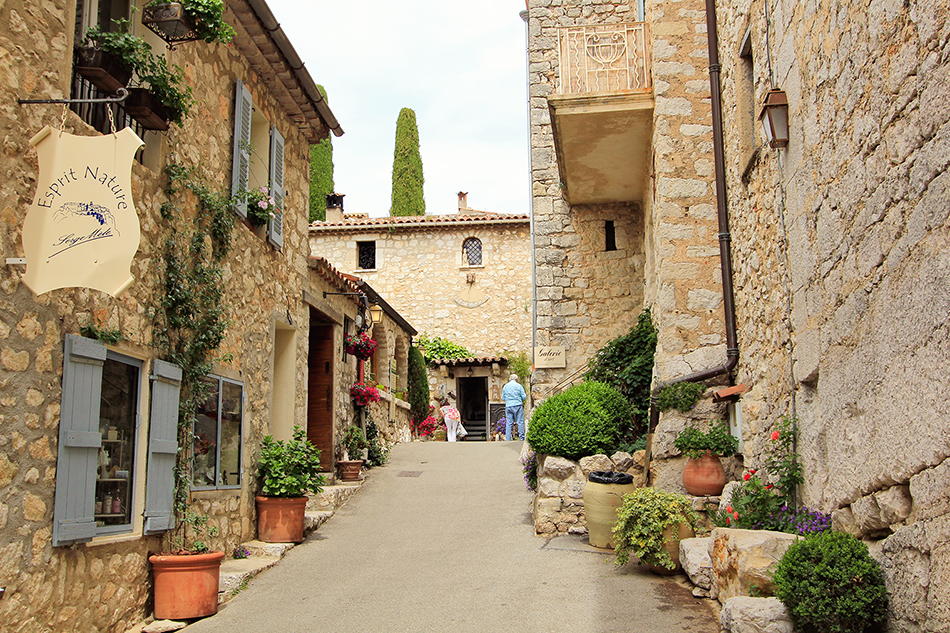 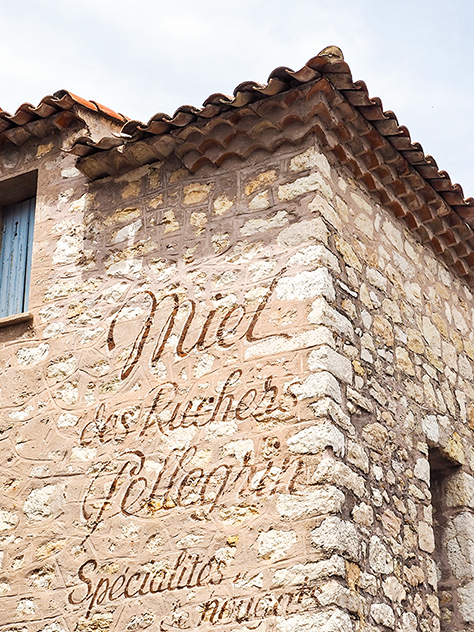 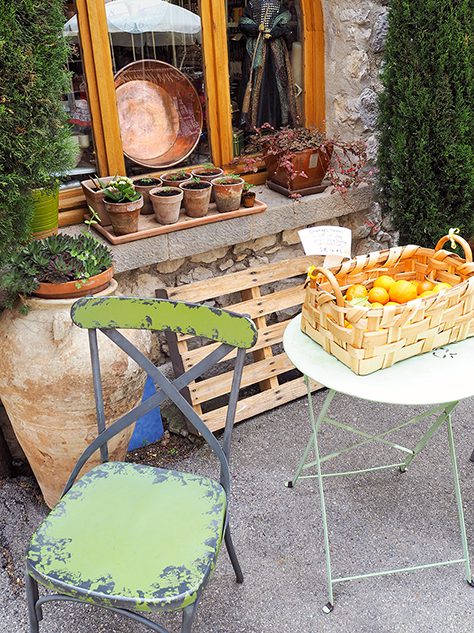 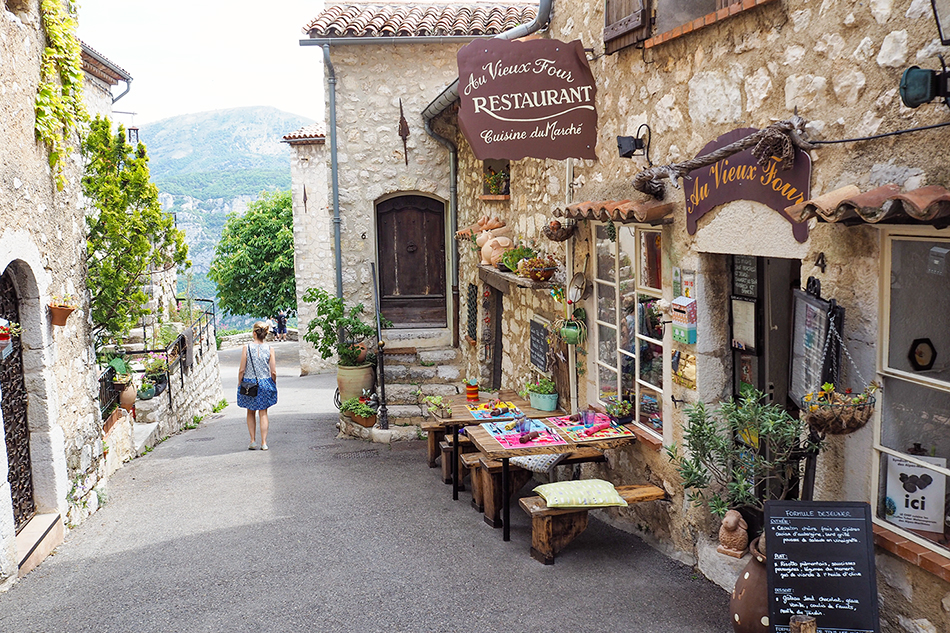 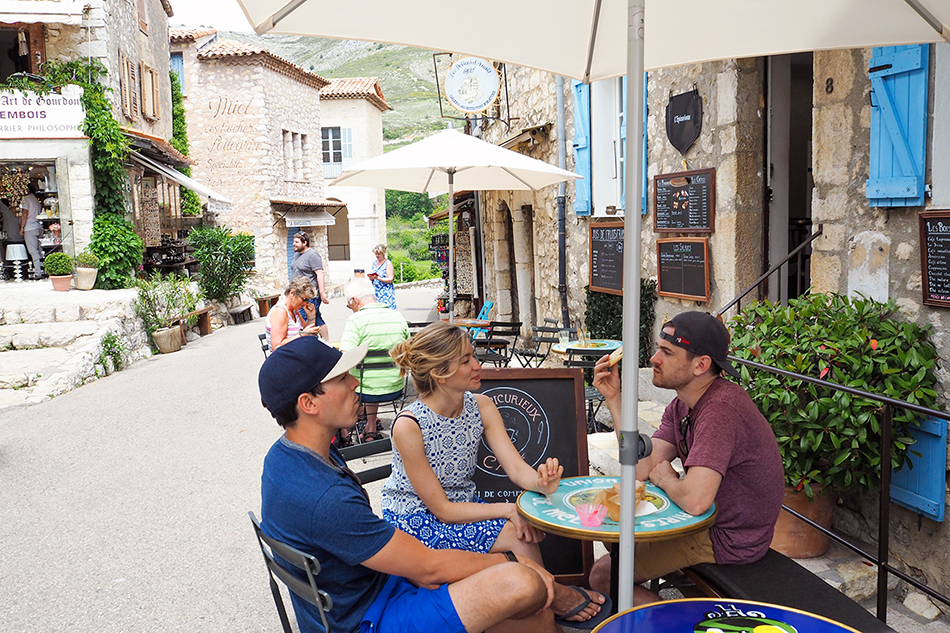 This reminded us of some of the perched towns in the Slovenian countryside!

This is a small hilltop village a short train or car ride away from Nice, famous for its beauty and charm. Are you picking up on a trend yet? Charming medieval villages, hilltop views… the French Riviera has it down.

Eze has the reputation of being a romantic city, and is apparently a popular honeymoon destination in France. Walt Disney was even wooed by Eze, as he was said to have spent much time in the village.

You can drive into Eze or choose to take the 30-45 minute hike into town. We chose the latter, and were glad we did. The climb gave us beautiful views of the coastline and sea, filled with perfectly placed sailing boats. 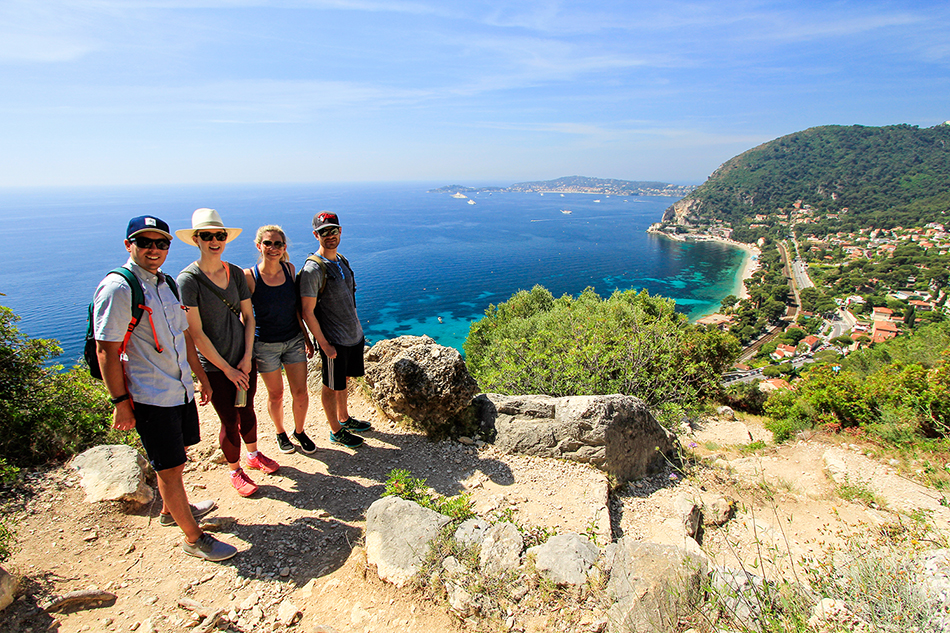 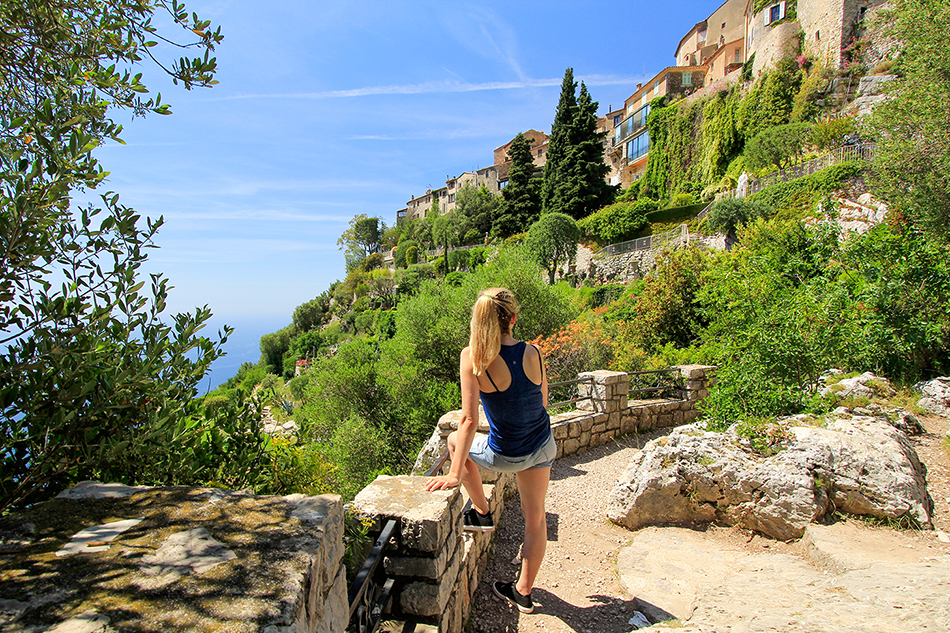 The town itself felt very similar to St. Paul de Vence with a preserved medieval town center decorated with flowering blossoms and pretty archways. The town is home to an exotic cactus garden, as well as Michelin star restaurant and hotel on the cliffside with fancy gardens. 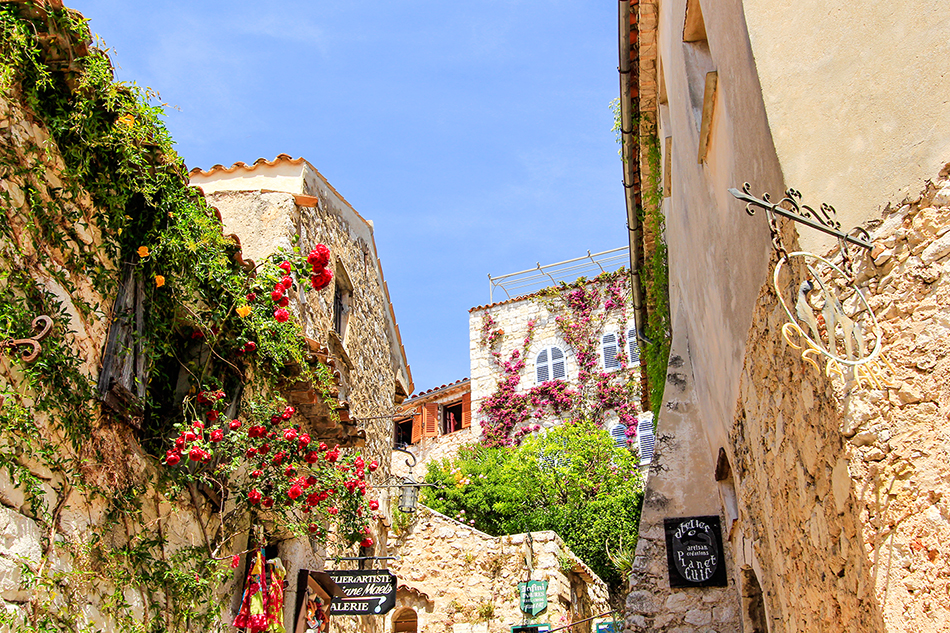 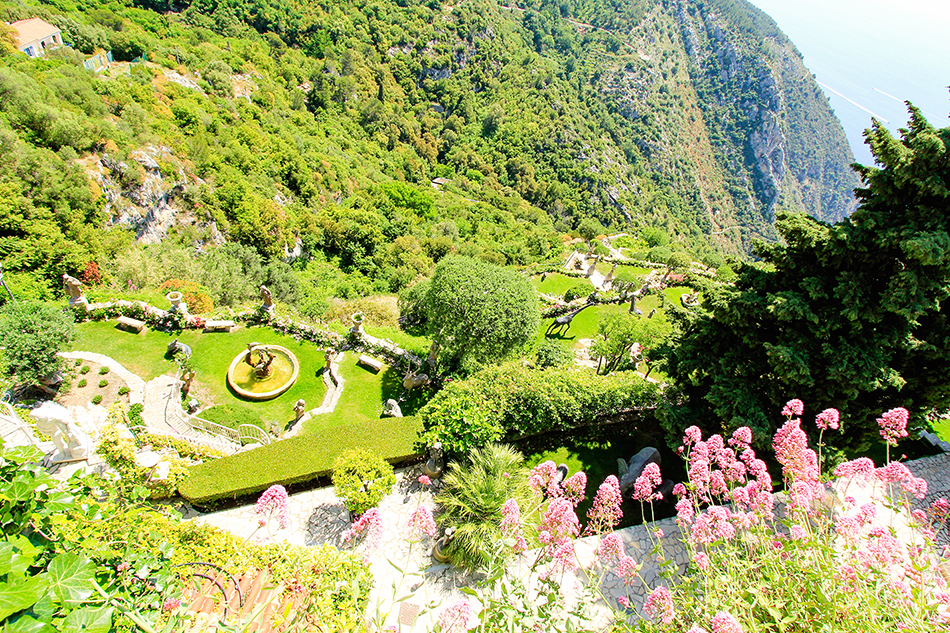 Also similar to St. Paul de Vence, this is a popular tourist destination so expect souvenir shops and plenty of wandering travellers.

People are drawn to Villefrance for the kilometer-long beach, one of the nicest sandy beaches along the French Riviera. It is also nicely nestled into a small and peaceful bay, making it the perfect place for a dip in the water. This bay is said to be one of the nicest in the whole world! 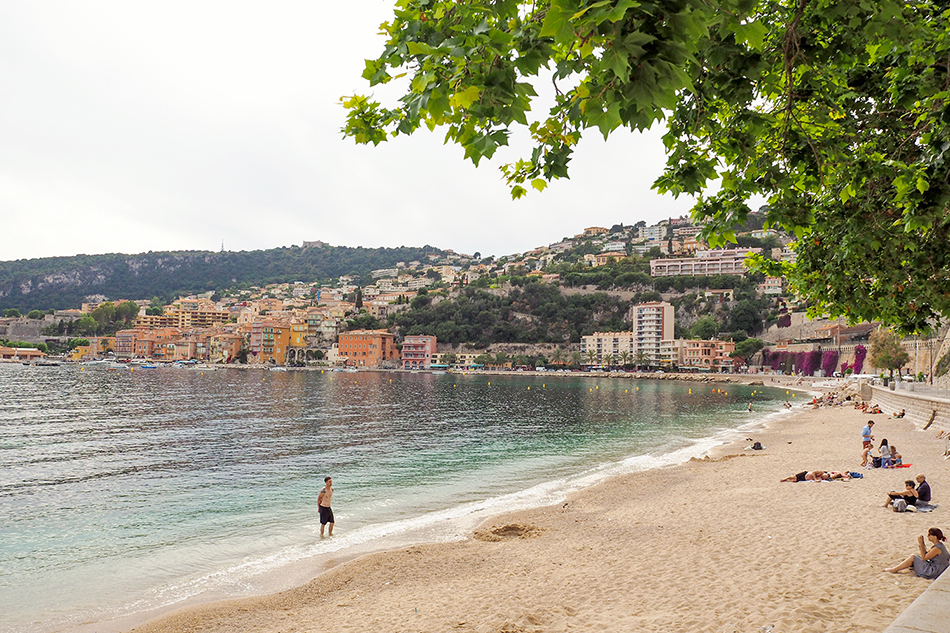 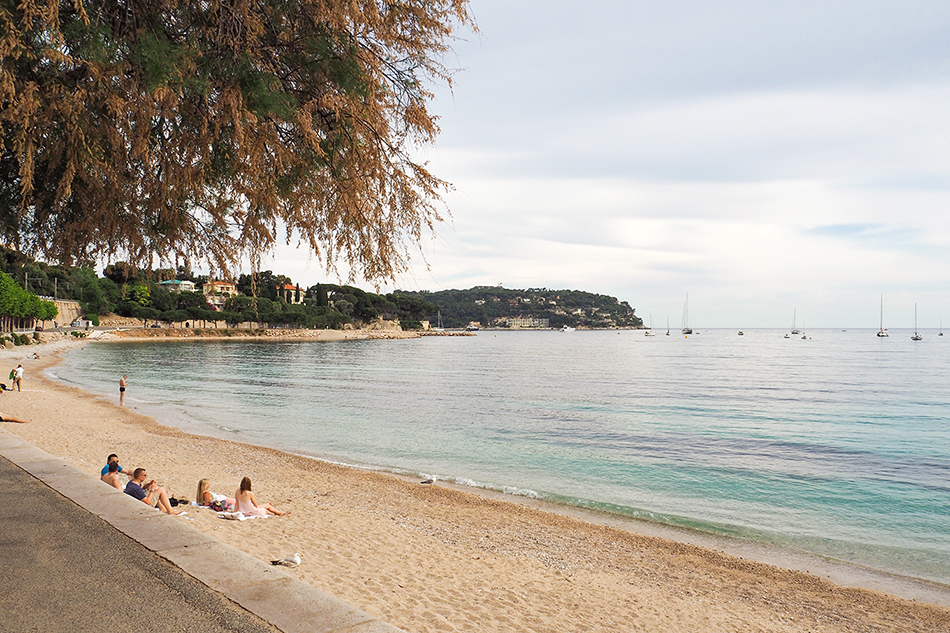 The town of Villefranche cascades down the steep hillside right to the waters edge. Everything about it seems perfect – from the pretty harbor full of ships, to the authentic 14th century old town, to the sandy waterfront beach living. 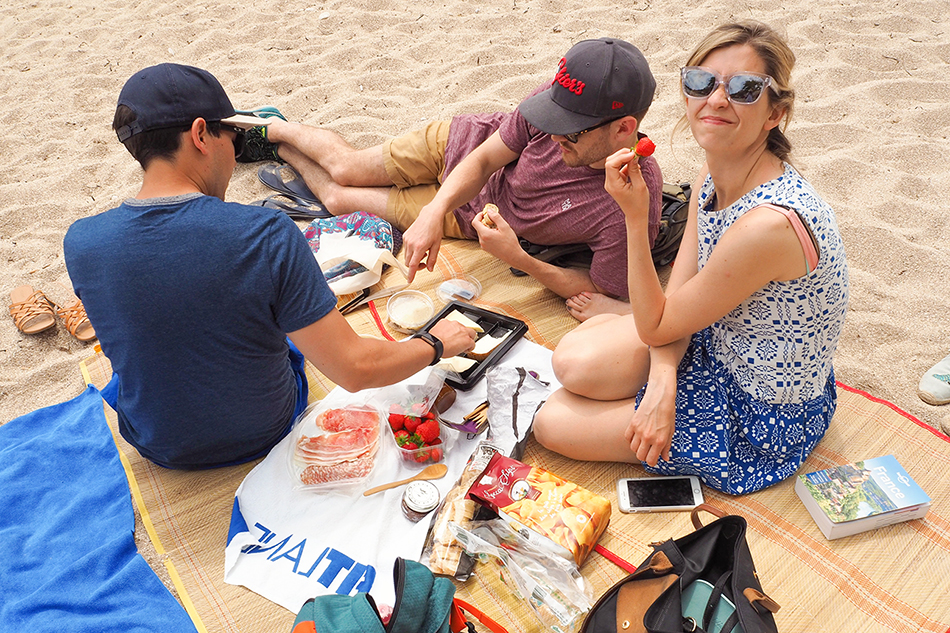 Villefrance is positioned between Nice and Monaco, and is a very short drive or train away. The walkway from Nice has now been extended, so you can walk all the way from Nice to Villefrance on foot!

In keeping with the lifestyle of the rich and famous, we had to visit Cap Ferrat. This area was once home to King Leopold II. It now boasts many large and magnificent villas that remain from that era. It is also the second most expensive place to live in the world (after Monaco of course). 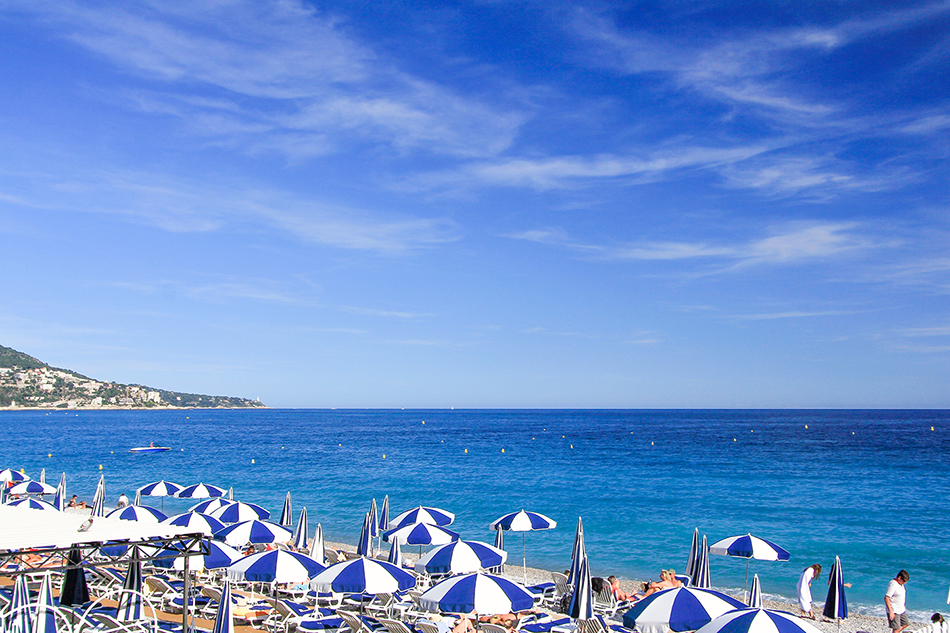 Since we are far from rich and/or famous, we visited this area to spend some time on the beloved Paloma Beach, which is hidden in a cozy little cove. 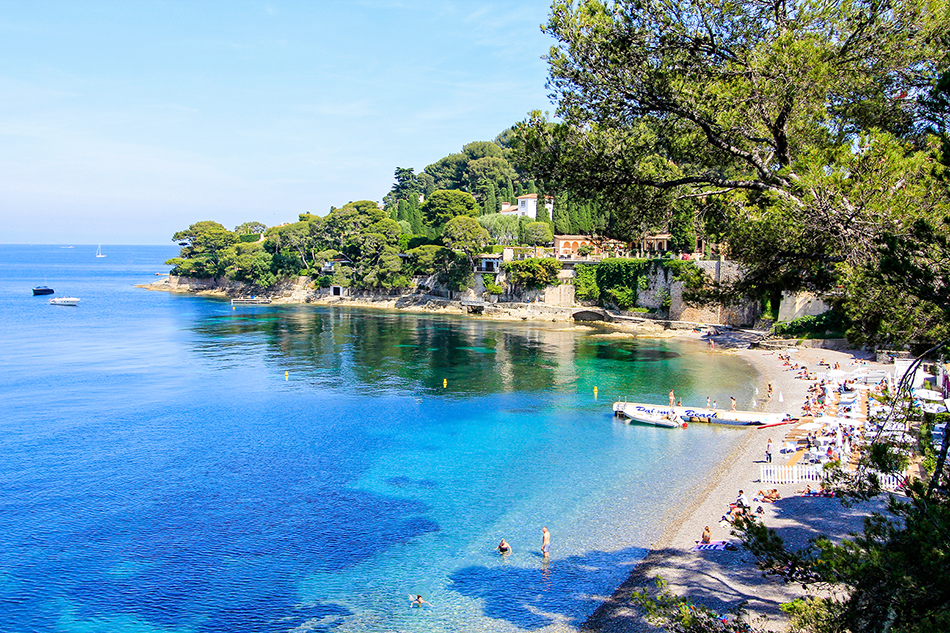 Of course, there are plenty of other places to visit around Nice, some of which we have talked about in previous posts: Cannes, Antibes, Monaco, Provence, and the Verdon Gorge (click on any of these for more details). 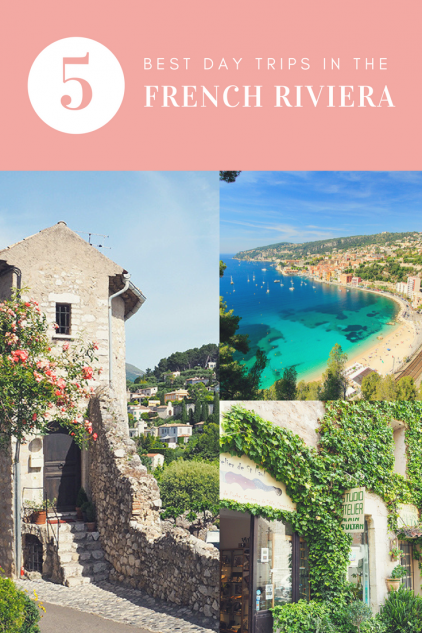