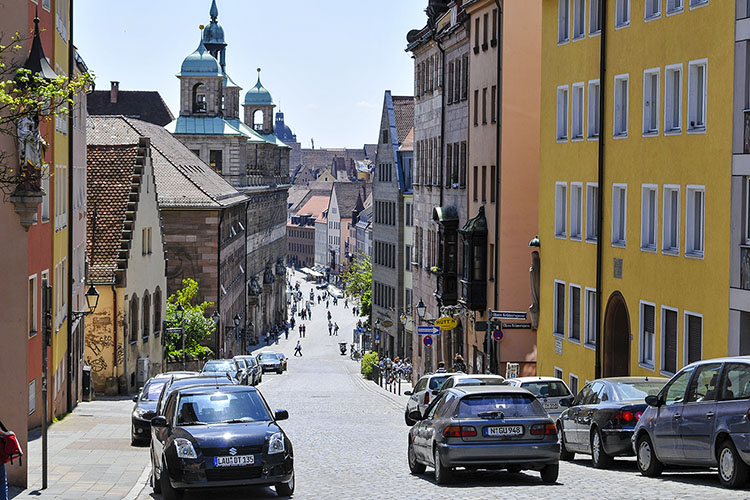 It’s been a long time since our family has been back to Europe (since grade 1!) so this trip, with all four of us, is quite exciting! Although we’re mostly going to visit family and friends, my dad and I share the same desire for exploration and plan to see some new places along the way.

The first visit of which was to Nuremberg, where we headed for a day trip. Much of this part of Europe has strong World War II history, and Nuremberg has some of the most. The Nazi’s chose Nuremberg as the location of their party rallies, and the city was also the site of the famous Nuremberg trials. The city was almost eradicated by Allied bombers at the end of the war, and had to be almost entirely rebuilt (which was at least done using much of the original stone and materials). 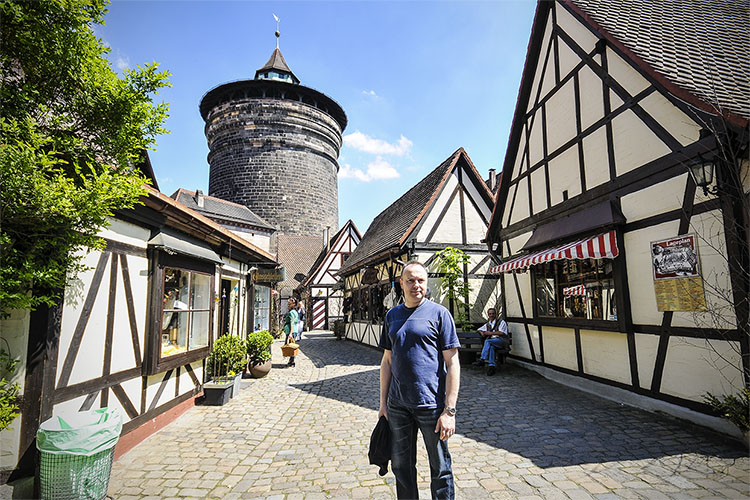 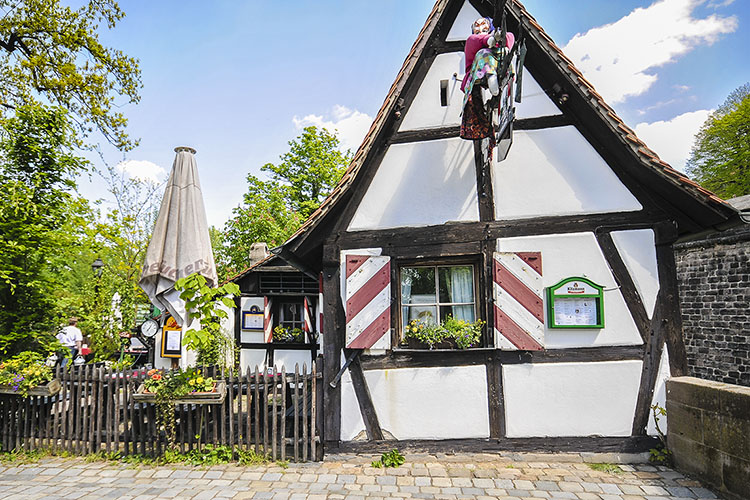 The Aldstadt, or old town, has a truly Bavarian feel, and walking through it takes you to many pretty sites including the St. Lawrence Church and the Holy Spirit Hospital on the Nuremberg river: 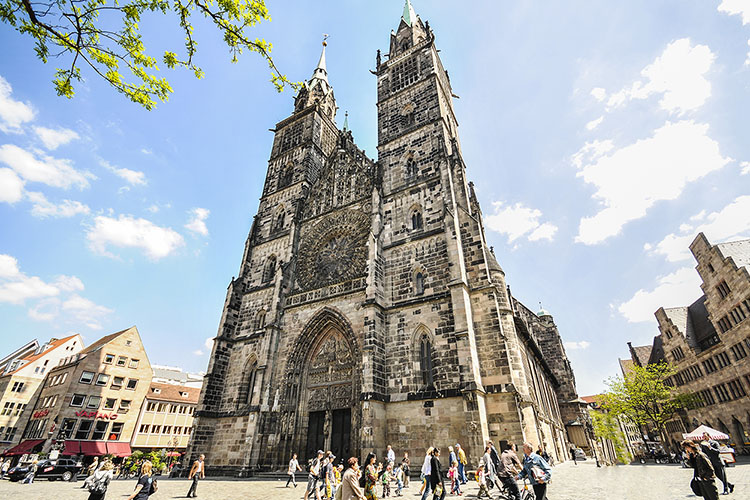 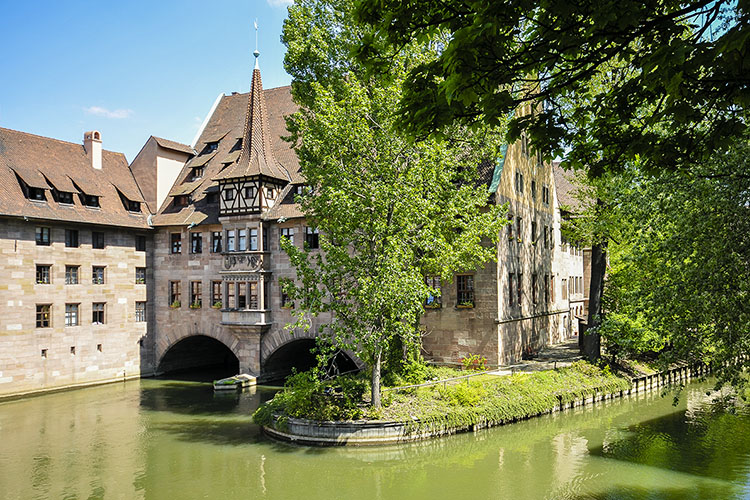 No European city is complete without its own castle/fortress/palace, so we visited their Imperial Castle and strolled through the unique castle gardens. 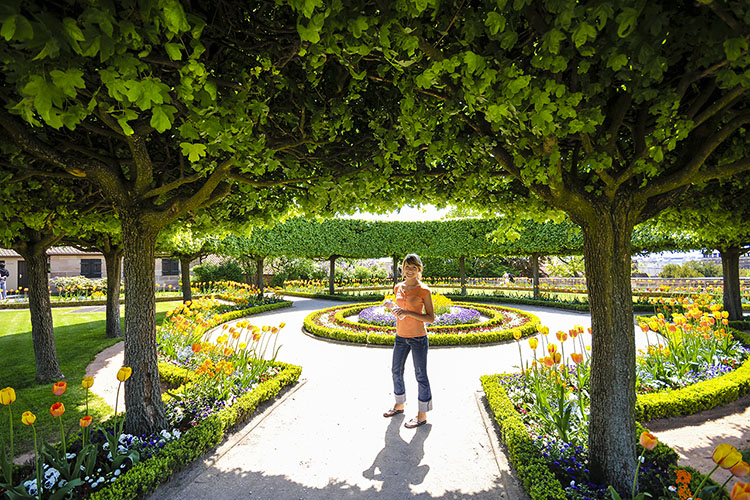 Bratwurst, or sausage, is a staple food here. There are so many different kinds to try, and today we were introduced to currywurst – a fast food dish of sausage cut into slices and doused in curry ketchup, often served with a bread roll. We found this so tasty that we not only ate it on multiple occasions, but ended up buying some curry ketchup to take back home. 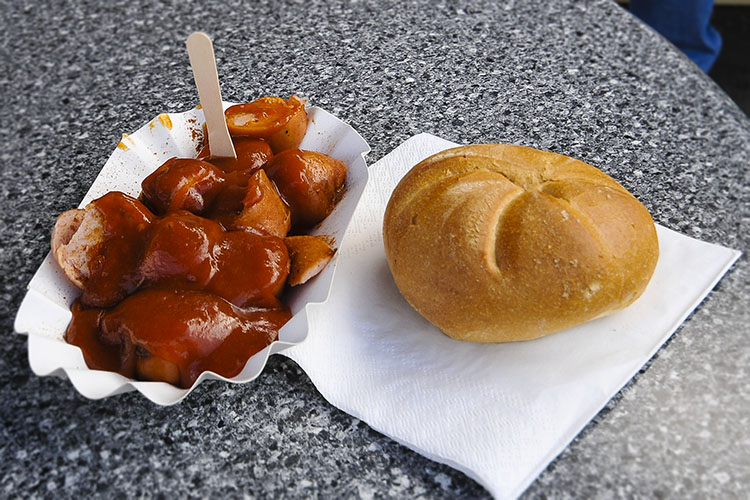 Our day wrapped up with visiting a few of the World War II sites I had mentioned. We stopped at the Nazi party rally grounds, a massive park area at least 11 square kilometers in size that now mostly serves as a museum. A huge road goes straight down the middle, 2km long and 40m wide, that served as marching grounds for party parades. Zeppelinfield is at one end of the park, and consists of a grand stand where speeches were given. This is the site of the famous explosion of the swastika, done by the Allies in 1945 when they won the war. 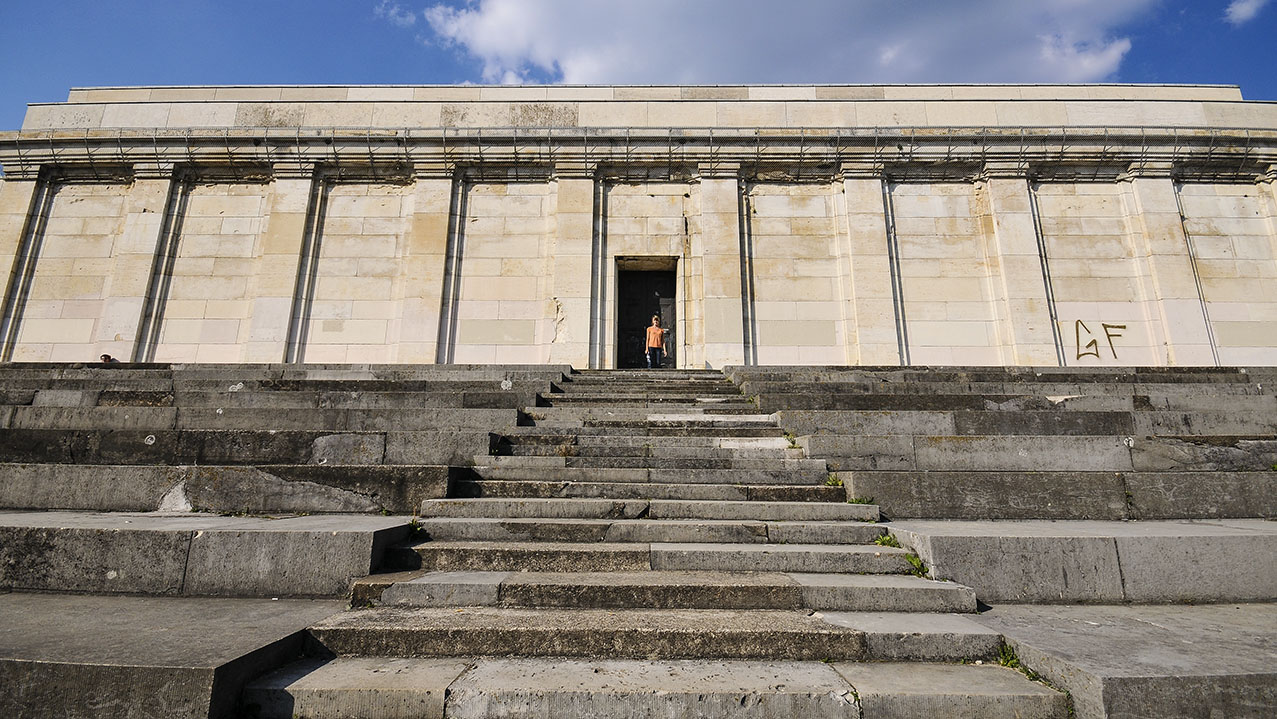 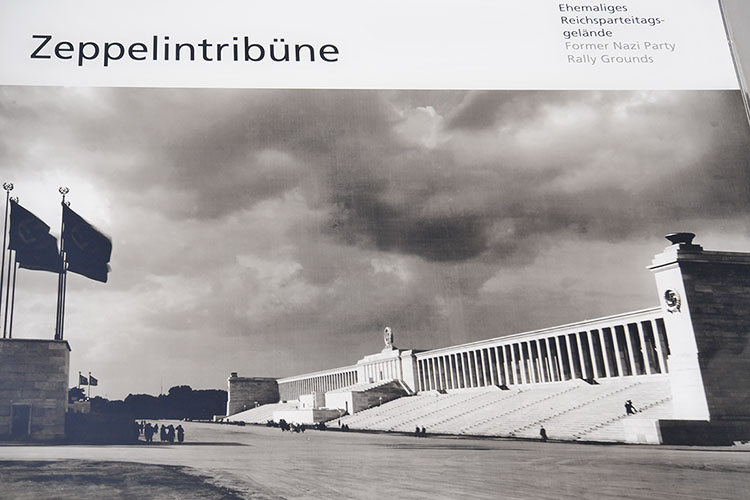 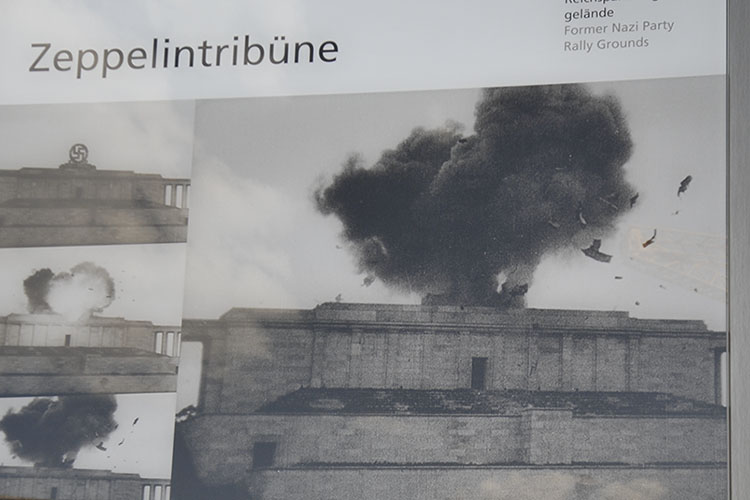 The grounds were also expected to house the German Stadium, which Hitler planned to be the largest stadium in the world. This was never completed, and is left as is as part of the museum: 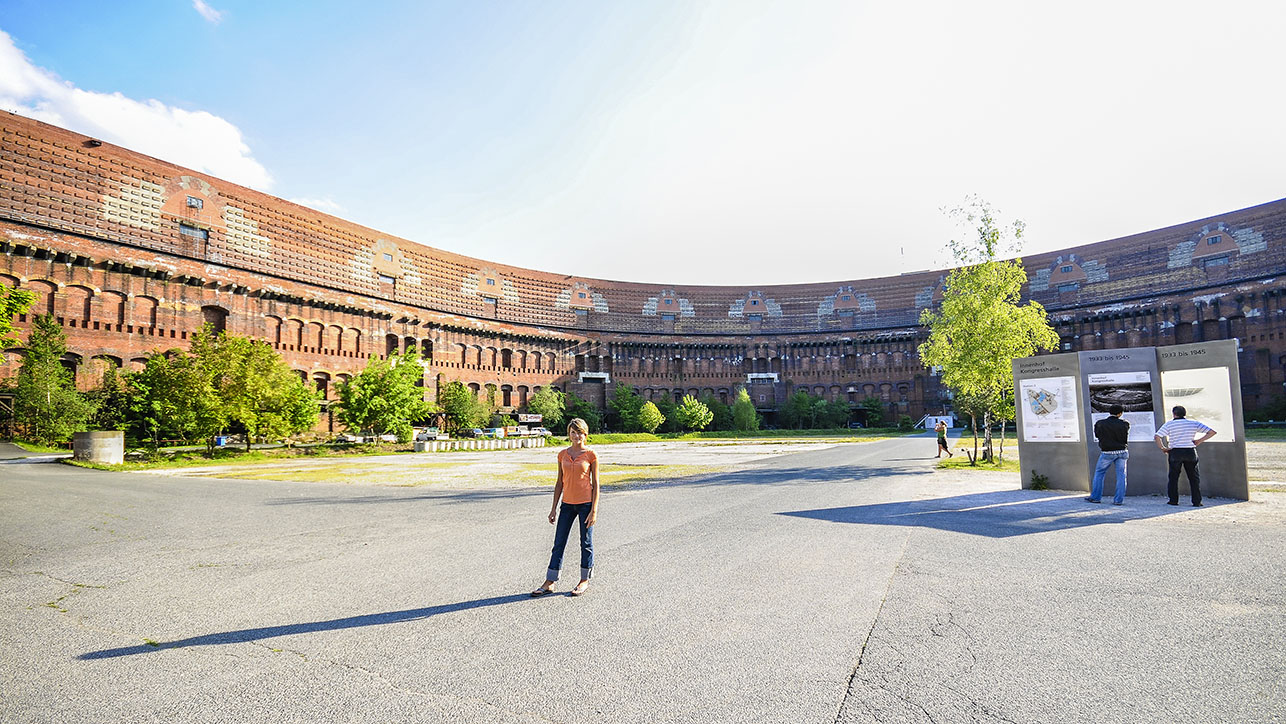 Overall, it felt that there was much to see and learn in Nuremberg, and I would definitely recommend it as a place to visit for history lovers!