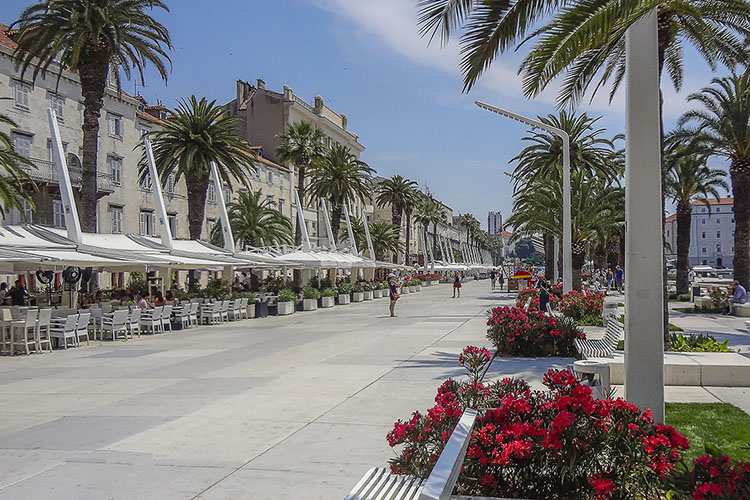 Look who I found. 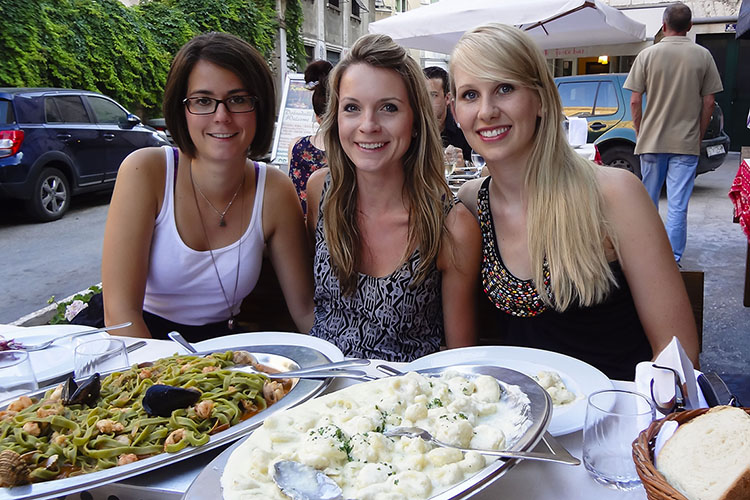 After months of trying to find a reasonable rate and itinerary to get us into Croatia, we have somehow made it here! I made my own flight itinerary a week ago, involving a stop in Serbia, and it somehow succeeded. The girls say I should consider being a travel agent instead of doctor. Something to consider…

Best part was that my good friend Gabi could join in on the fun. She greeted our tired faces with hands full of gelato, and we went out to enjoy a Croatian feast of seafood pastas and Dalmatian gnocchi! 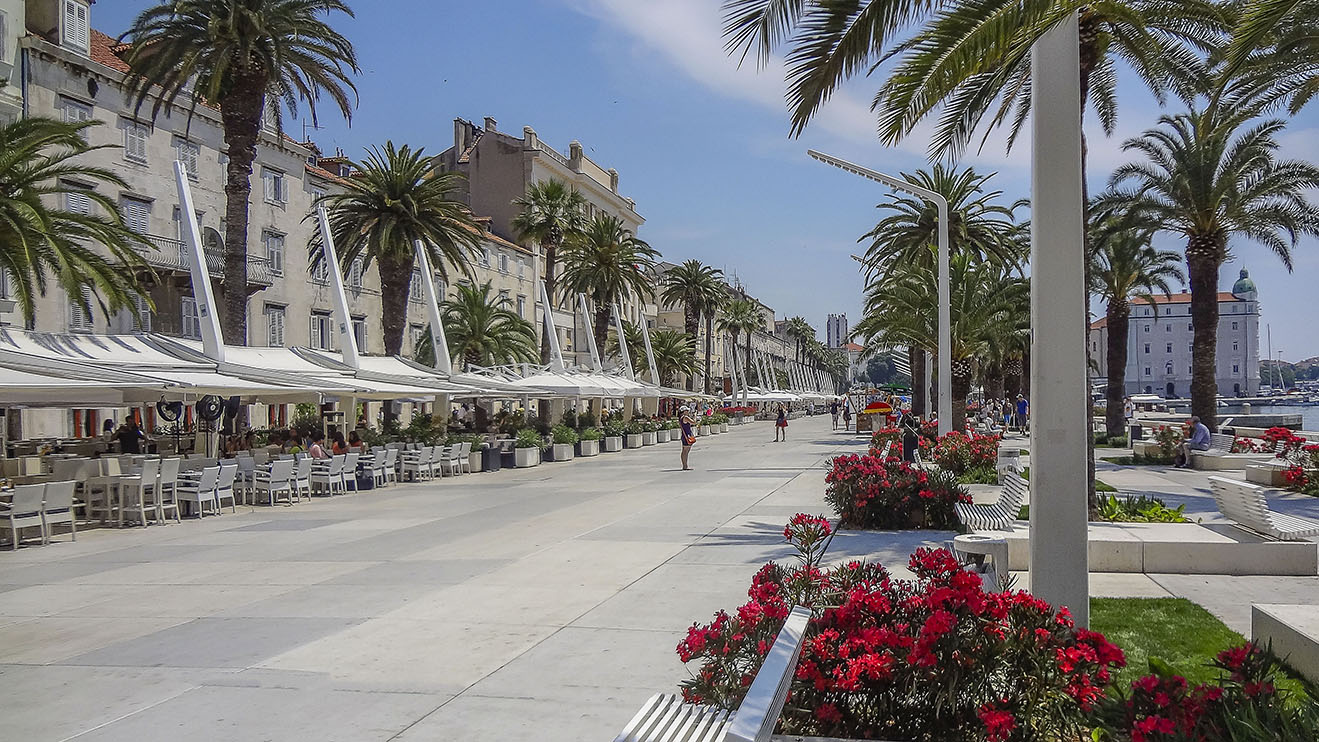 We thought Split would be mainly a stepping stone from Greece to the Croatian islands, and I almost didn’t expect much from it, but we ended up really enjoying our couple day stay here! It is definitely on the list of best coast towns in Croatia!

We’re off the Euro and onto the Kuna – it’s much cheaper for everything already. I am eating lunch as I write this for $1.70, waiting for a $7 ferry to the island of Hvar. 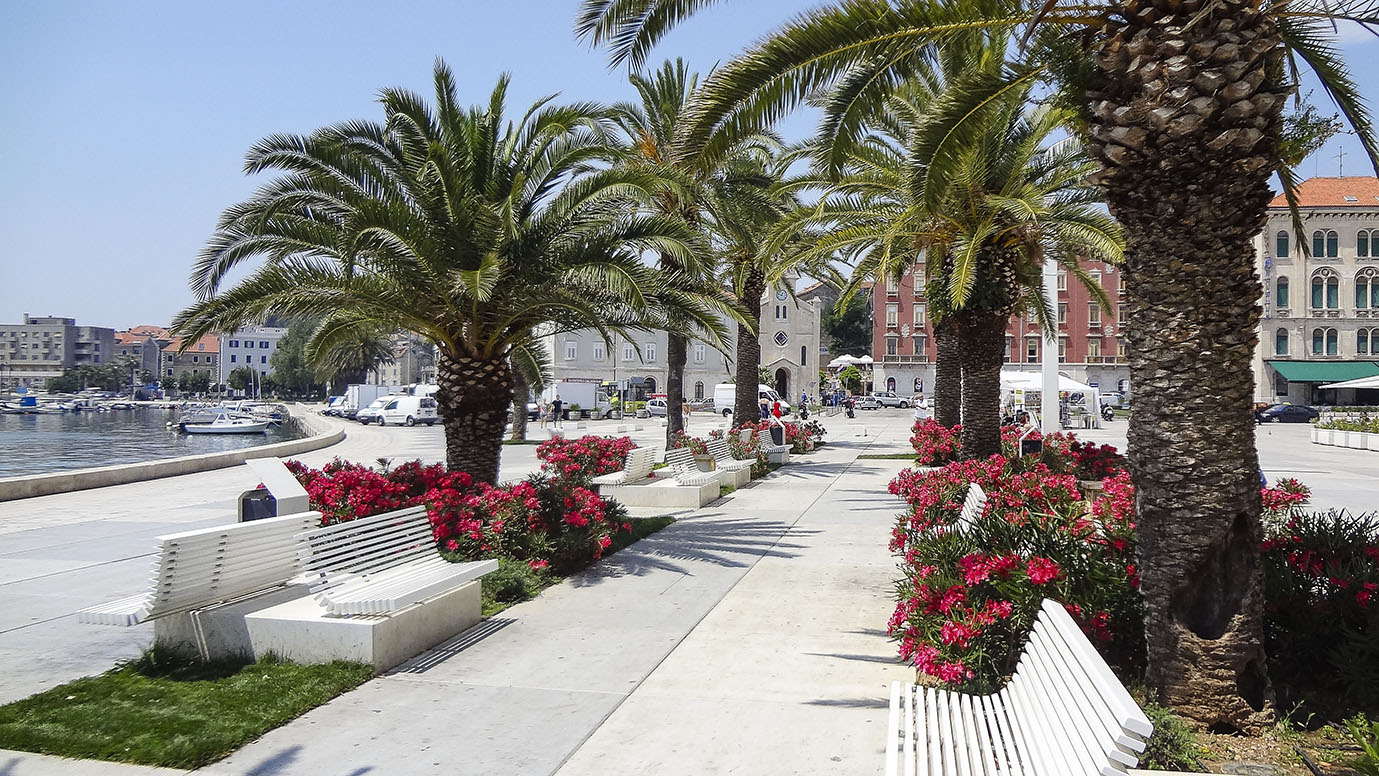 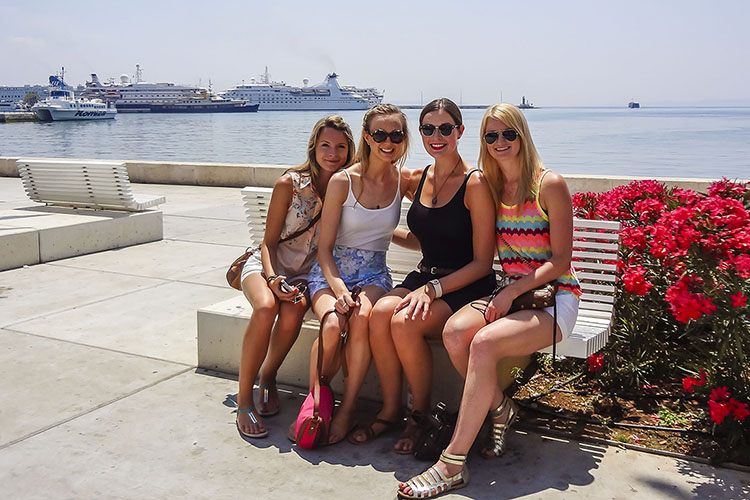 Our first night here we watched Croatia play in Eurocup. The streets filled with rowdy fans, checkered jerseys, drunken sing song, and red fireworks. They had projector screens playing the game on the main promenade. It was too bad that they lost, as I can only imagine how the streets would have erupted if they had won. 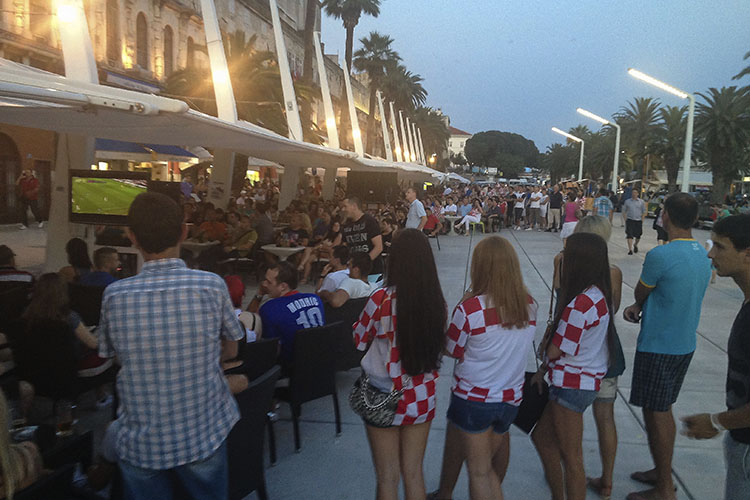 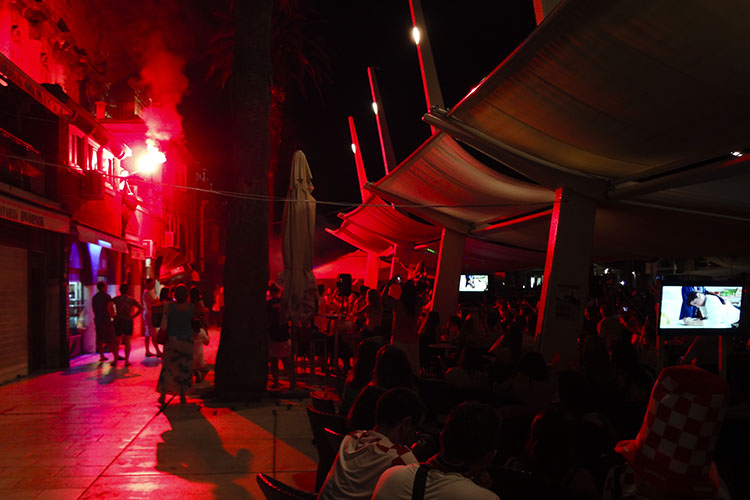 It was an appropriate time for me to drink one of the only beers I have in my life. 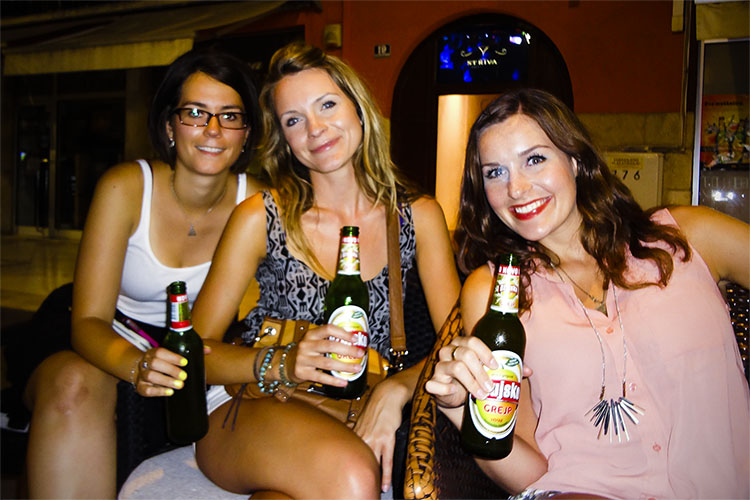 (I cheated – its grapefruit flavored. Which to me means its essentially not a beer.)

The prettiest part of Split was its main promenade that followed along the water front. It’s filled with restaurants and shops, and seems to be lively at any time of day.

We have already made some random observations on Croatia in our short time here:

More to come as we leave the mainland and head to Hvar – which is supposed to be one of the world’s 10 best islands!